When it comes to growing a business in this economy, veteran business owners turn to referral networking to gain leads and referrals in this tough financial times. Traditional marketing and advertising are down 38% says http://M3NewMedia.net but http://TheVentureNetwork.org is poised to help business owners and sales managers gain valuable leads and prospects for a profitable business. 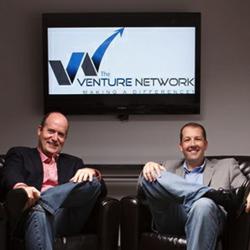 Growing business through referrals is nothing new; in fact, savvy business owners have been doing business networking effectively for years. What is different now is the Internet and how Social Media has changed networking forever.

Members of the the Venture Network embrace Social Media 24/7 and participate in Master-Mind groups to add value to their networking. The Venture Network based in Tulsa, OK is launching a new Network in Broken Arrow, OK on March 13th.

The Venture Network is a referral based organization located in Tulsa, OK and was launched by Nathan R. Mitchell of Clutch Consulting and Michael D. Butler in January of this year and had their first official "Launch Party" March 7th at the corporate headquarters at 3939 S. Harvard in Tulsa with over 60 business owners, sales managers, CEOs, entrepreneurs and authors attending.

TVN is industry exclusive networking that means there is one realtor, chiropractor, insurance agent, mortgage lender, attorney and nutrition company per network. This model has been used in over 55 nations for 40 years and has netted millions of dollars for network members each and every month. There have been many individuals from various cities calling to inquire about how to start a Venture Network in their city.

When asked what makes The Venture Network different, Mitchell and Butler explain that, "While there are some great networking organizations like BNI and Gold Star Referral Clubs, what makes The Venture Network different is we like to have fun and embrace Social Media. Most of our events are 'after-hours' and only meet monthly. People are busy and our research showed us most business people who network to grow their business don't like to be committed to a weekly meeting but they do want to be connected online 24/7 to share referrals, this along with the Master-Mind groups is what makes us different."

When asked what cities will be next to open Venture Networks the Co-Founders told us Dallas, Oklahoma City, Wichita, KS, Kansas City and St. Louis, MO. For business people who want to know more about the Broken Arrow, OK Venture Network that starts on March 13th at Leon's Restaurant 5:30pm Venture Network there is more information on Facebook.

The Venture Network based in Tulsa, OK now Launching in Broken Arrow, OKGrow Your Business with Referrals