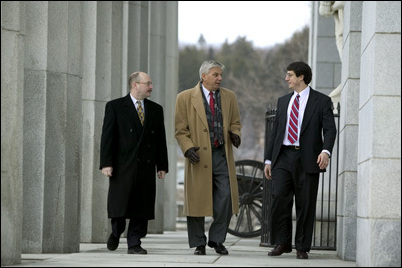 Mount Kisco Medical Group was founded in 1946 and is the oldest multi-specialty physician group in New York and the largest in Westchester County.

"We examined both off-shore and on-shore options for a few years before choosing Vermont to domicile our RRG," said Scott D. Hayworth, MD, FACOG, President and CEO for Mount Kisco Medical Group and President of Bedford Physicians RRG, Inc. "Vermont's long, successful history in the captive business combined with the outstanding regulatory team lead to our decision."

"We are excited about our new RRG and our relationship with the great state of Vermont," added Hayworth. "The key factor in our selection of a captive domicile was the dedication the state had to the success of the captive industry."

Captives formed in the State of Vermont for professional liability coverage for physicians and hospital groups has been a strong growth sector for the Green Mountain State. Vermont currently has nearly 100 captives writing medical malpractice coverage with approximately $1.6 billion in gross written premium last year.

Vermont began licensing captive insurance companies in 1981. A testament to the experience of Vermont's captive officials is that during both Deputy Commissioner Len Crouse and Director of Captive Insurance Derick White's tenure Vermont has reached several milestones, licensing captive number 300, 400, 500, 600, 700 and 800.

"I am proud of what we have accomplished and the quality of the companies we have licensed in Vermont. This is a great business for our state and we can all take some pride in this accomplishment," said Crouse. Vermont began 2007 with 791 licenses having licensed 37 new captives in 2006.

"This benchmark gives Vermonters a strong sense of pride and achievement that our commitment to this industry for over twenty-five years has been heard loud and clear," said Governor Jim Douglas. "Rest assured that Vermont will continue to offer a stable regulatory environment, governmental officials that are accessible, and world-class professional support services to the next 800 captives as well."

For more information contact Dan Towle, Director of Financial Services at 802-828-5232 or email dan(at)thinkvermont.com . Find out more about Vermont's captive insurance industry on the web at: http://www.VermontCaptive.com.