The Hsin Ten Enterprise (HTE) Conference convened in Los Angeles last month, giving many distributors of the Chi Machine from the United States, Canada, and Mexico the opportunity to meet together to discuss their successes in introducing and selling the Chi Machine to many new clients. 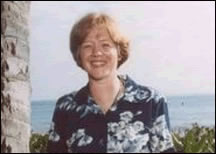 There’s a general awareness that oxygen is the answer to healing.

The original Chi Machine was developed over 50 years ago in Japan by a doctor named Shizuo Inoue. In 1990, HTE bought the rights to the Chi Machine and there have been over 5 million sold worldwide. Among those who attended the conference was Joffrion Mitts, President Level Distributor of Chi Machines in New Orleans, Louisiana. Ms. Mitts first experienced using the Chi Machine over 10 years ago and has attested to its many benefits. This experience led her to become a distributor of the machine in the Greater New Orleans area and within the past 10 years she has sold over 1,000 Chi Machines locally.

In addition to regional distributors speaking about their success in finding new clients, there were also many testimonials at the conference about the many health benefits gained from using the Chi Machine. The most important factor that has made the Chi Machine successful is the oxygen therapy it provides. According to Ms. Mitts, “There’s a general awareness that oxygen is the answer to healing.” She mentioned that in many parts of the world, “oxygen bars” have become popular in such places as airports because of the relief they provide in overcoming fatigue and tiredness.

Following the conference, the HTE distributors boarded the Norwegian Star for a wonderful one week cruise to Alaska.

The Chi Machine
Oxygen therapy, which is used to enhance the circulation of oxygen throughout your body, has proven to be a safer and more effective process in re-energizing your body than with high energy drinks. Cardiovascular exercises such as jogging, running, walking, and swimming have long been the most recommended exercises for oxygen therapy. However, a machine known as the Chi Machine, invented 50 years ago, has proven to be a safe alternative to exercise for oxygen therapy. Although the Chi Machine was invented many decades ago, it is still not a machine that is familiar to many. Many who have discovered the Chi Machine have experienced remarkable improvements in their well-being including relieving symptoms for people with diabetes, high blood pressure, leg pain, back pain, asthma, strokes, and many more.

While inhaling oxygen may offer temporary relief, consistent uses of the Chi Machine can offer long term benefits. It’s not uncommon to hear testimonials from people who had given up walking because of poor blood circulation in the legs and can now walk very long distances without feeling tired. The Chi Machine makes this possible with the individual lying flat on his or her back and placing the ankles on ankle slots that move the body in a figure 8 pattern. It is generally recommended that a new user of the Chi Machine start using it for three minutes. Five minutes on the Chi Machine is equal to taking a brisk walk for 15 minutes. The user can gradually build up to using it for 20 minutes for maximum benefits. Many users who have used the machine consistently attest to their vastly improved physical well-being after using the Chi Machine consistently. The Chi Machine has a 14 day money back guarantee.