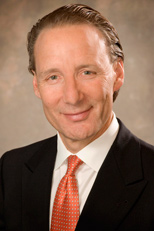 We’d remind the city transportation office that the National Highway and Traffic Safety Administration says a proper pedestrian and bicycle safety program includes an educational component to teach drivers to share the road safely with other road users.

“Bicycling is healthy, but bicycling can also be very dangerous, particularly on city streets,” said Salvi, managing equity partner of Salvi, Schostok & Pritchard P.C., an Illinois personal injury law firm with offices in Lake and Cook counties. “We applaud the mayor’s initiative but ask for programs to teach motorists to look out for bicyclists and to ensure bicycle riders know their responsibilities for riding safely.”

Emanuel and city Transportation Commissioner Gabe Klein launched a program in June to build 25 miles of bicycle lanes a year in the city. The mayor proclaimed himself a bicycling enthusiast and said, “My principal enthusiasm beyond an individual one, on a professional basis, is I want Chicago to be the bike-friendliest city in the country.”

According to Salvi, a nationally known litigator who has been named one of the "Best Lawyers in America" by Woodward/White, Inc. said, “Being bike friendly includes being safety conscious.”

“We’d remind the city transportation office that the National Highway and Traffic Safety Administration says a proper pedestrian and bicycle safety program includes an educational component to teach drivers to share the road safely with other road users,” Salvi said.

The NHTSA says that in 2009, the latest year for which figures are available, 630 riders of bicycles, tricycles and unicycles were killed, and 51,000 more were injured in crashes with motor vehicles. Seventy percent of so-called “pedalcyclist” fatalities occurred in urban areas.

“When a cyclist and a motorist collide, the overwhelming likelihood is that the cyclist will be injured,” Salvi said. “And statistics, as well as our experience at Salvi, Schostok & Pritchard, show that many times the injury was caused by negligence on the part of the motorist.”

If a bicycle accident is caused by a negligent driver, another cyclist or a pedestrian, the harmed bicyclist may have the legal right to recover damages from the person or, in some cases, the business that caused the injury, Salvi said. Likewise, if a person dies because of his or her injuries, his or her survivors may have the right to pursue an Illinois wrongful death claim.

“We want Chicagoans to be healthy and safe,” Salvi said. “We hope education will be part of the city’s program, and we hope operators of all vehicles learn to look out for each other. But in any circumstance we will continue to stand up for those who are unjustly injured.”