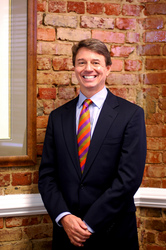 No matter how much money or how many state troopers you throw at our state’s speeding problem, it comes down to the individual choices that drivers make – and they need to make better choices.

Columbia attorney Bert Louthian said this week that he’s glad to see the South Carolina Highway Patrol launch an initiative to crack down on speeders. Now, he says, it’s up to speeders to crack down on themselves.

“No matter how much money or how many state troopers you throw at our state’s speeding problem, it comes down to the individual choices that drivers make – and they need to make better choices,” says Louthian, a partner in the South Carolina personal injury law firm, The Louthian Law Firm, P.A., which represents motor vehicle accident victims across the state.

“Speeding isn’t just negligent, it’s reckless, plain and simple,” Louthian said. “When you’re driving too fast for conditions, you put yourself and everyone else on the road in danger, including other motorists, motorcyclists, pedestrians and bicyclists. The higher your speed, the higher goes the risk that you will cause an automobile accident, injury or death.”

According to a news release from the S.C. Department of Public Safety, speed-related fatalities rank second only to DUI, or drunk driving, in South Carolina. In 2009, there were 32,675 speed-related collisions with 338 deaths on the state’s interstates, highways and streets.

In response to this traffic issue, the S.C. Department of Transportation announced this month that it had granted $1.5 million to the S.C. Highway Patrol to beef up enforcement on “designated high-collision roadways” throughout the state. The money will go to pay troopers to work overtime on those roads in order to catch speeders and aggressive drivers.

The roads being targeted include Highways 31 and 905 in Horry County, S.C. 13 in Florence County, U.S. 301 and S.C. 9 in Dillon County and S.C. 340 in Darlington County. The Highway Patrol launched the program last November by focusing on a stretch of the Highway 17 Bypass in Myrtle Beach. The program is slated to continue for a two-year period.

“We have learned through our successful DUI enforcement initiatives that focusing on specific, problematic driving behaviors for a sustained period seems to yield the best results in changing driving behaviors,” Highway Patrol Col. Kenny Lancaster Jr. said in a released statement.

“I hope this initiative succeeds in reaching its goals,” Louthian said. “But I think the only way it can succeed is if individual drivers understand that there’s more at stake than a speeding ticket. There can be tragic consequences.

“As a personal injury lawyer who has represented numerous victims and families of car accidents that were caused by speeding, I can attest to the devastating impact of this type of driving,” Louthian said. “Our law firm will continue to press drivers to be safer on the roads, and we will always protect the rights and interests of those who have been harmed by reckless driving.”

About The Louthian Law Firm, P.A.
The Louthian Law Firm, P.A., of Columbia, S.C., has been obtaining fair compensation for personal injury victims since 1959. The firm was founded by Herbert Louthian, who has more than 50 years of trial experience and is licensed to practice in all courts in South Carolina. The Louthian Law Firm focuses on personal injury cases involving medical malpractice; car, truck and motorcycle accidents; and other serious and catastrophic injuries throughout South Carolina. For a free, confidential case evaluation, contact the firm by phone at (866) 410-5656 or through its online form.