New Pandora's PC ideal for college students that is truly tiny: occupying only 2x6.5x6.5inches. The new Pandora weighs in at 3 lbs, yet offers up to 2.16-GHz Intel Core Duo Dual Core CPU or 2.13 Pentium M Centrino CPU, Wifi, advanced 8 channel audio and video, all at a price starting at about $699.

We even offer an optional Wall Mount that holds both the Pandora and any 17 or 19 inch LCD. You can hide it in your Dorm Room or Bedroom, or mount it on the wall, or in a drawer, yet you get the extreme performance of the finest full size desktop PC. It's miraculous!

Now, CompAmerica believes it has the answer when it comes to the Student's Personal Computer: CompAmerica's "Pandora PC." A mere 2 inches by 6.5 inches by 6.5 inches, weighing in at a mere 3 pounds, the CompAmerica Pandora has all the power and performance of an Intel Core Duo Dual Core CPU (or an optional Intel Single Core Pentium M or Celeron M processor), choice of 40 to 160GB Hard Disk Drives, choice of CDRW or DVD Burner, and standard Gigabit Ethernet, Modem, Wifi, USB 2.0, running Windows XP or the new Windows Media Center Edition 2005.

"You can literally fit Pandora into the palm of your hand," stated the company's CEO, Dr. Jack A. Shulman. "Yet, you can use it as your PC, or with an auxiliary TV tuner, as your TV Set. Or plug into CompAmerica's Web based TV network at CompAmericaTV.com and get HDTV across the web! You can record or play DVDs, and also capture and play MPEGs. It supports Microsoft's new Zune and Apple's iPod, as well as other services supported by Microsoft Media Player, Apple Quicktime, and Real Player."

"We even offer an optional Wall Mount that holds both the Pandora and any 17 or 19 inch LCD. You can hide it in your Dorm Room or Bedroom, or mount it on the wall, or in a drawer, yet you get the extreme performance of the finest full size desktop PC. It's miraculous!" he added.

"Pandora runs Microsoft Windows XP and MCE 2005, as well as CompAmerica's unique new AX6 Operating System. AX6 is similar in nature to MacOs only it has one major advantage: it's free with any CompAmerica computer and it's Open Source compatible with thousands of Linux, OpenVMS and Unix programs.. AX6 is scalable, you can connect multiple systems together and they run as if they were all one machine," he indicated, "Best of all, it's Windows security compliant, so unlike other systems, you don't have to worry about penetration taking place that could adversely effect your Windows XP O/S."

"We offer Dual Boot or Seperate Boot, so you can run all BSD compatible applications on AX6 and all your Windows XP applications under Windows XP or Media Center Edition 2005. Further, we also have fully tested Windows Vista with the unit and it runs flawlessly with full support for top of the line Multimedia Centered version of Vista!" he continued.

A company spokesperson stated: CompAmerica's Pandora has one-upped Apple and other competitors with a machine with universal appeal that is space efficient, consumes little power, and is extremely fast. Classified as a "Book PC", Pandora has available on-site service at a modest cost, even in College Dorm Rooms. Keep your Pandora up and running with CompAmerica's standard 5 year Tech Support Warranty, and its 1 year Warranty and 1 year and up service plans. Options include Next Business Day or 4 Hour response time repair visits on demand to keep your Pandora (TM) PC "Healthy, wealthy and wise!" (R)

Pandora can be found on the Internet by clicking on this link.

CompAmerica offers a variety of other tiny form factor PCs at this website link.

CompAmerica offers standard "Tablet PC" like functions for all PCs and Laptops through the use of Pen Input devices found here.

Founded in the early 1970's by a team of ex-Bell Labs and AT&T personnel. Today, CompAmerica is an industry leader in the advanced personal computing, laptop and server zone, and also offers software development and web hosting services. CompAmerica offers ON SITE REPAIR SERVICE on all it's PCs and Servers, throughout the United States and in 200 countries around the world. CompAmerica can be reached by phone at 888-275-2771 or locally at 908-931-1200, and on the internet at: CompAmerica.com.

A Tiny PC with a Big Heart

PANDORA: Front and Back view Side by Side 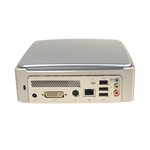 PANDORA: Back up close. 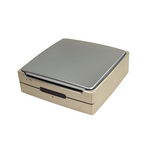