On February 13, 2009, the Canadian Revenue Authority (CRA) served a Notice of Enforcement No 708575 upon Canadian Dare Foods heiress, Carolyn Dare Wilfred's family Holding Company freezing the entirety of her Canadian related assets and demanding 15 million dollars in reassessed taxes. This tax action came at a critical time during her financial support of her husband, Harmon Wilfred's unprecedented UN Human Rights case against Canada. 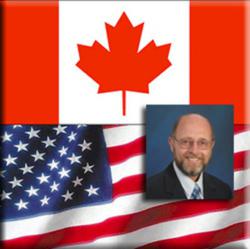 How does one mount a formidable legal action against the CRA, or continue to confront the Canadian government for alleged human rights violations if your opponents are permitted to freeze all financial ability to fund the challenges?

Former CIA financial contractor and whistleblower, Harmon Wilfred filed for a Judicial Review at the UN Human Rights Commission (UNHRC) on January 7, 2009 to further support his Petition No 1638/2007 against the government of Canada. The grounds of Wilfred's latest pleading is based on the premise that although the United States, named as a co-defendant with Canada in the original case, refuses to accept the competence of the UN Human Rights Committee; this does not disqualify Canada as the continuing and sole defendant.

Although the Canadian government has yet to answer Wilfred's UNHRC complaint, this latest action by the CRA in the wake of his request for a Judicial Review of his Human Rights Petition against Canada would appear to be more than a coincidence, says Harmon Wilfred. The Order of Enforcement has also cited facts directly relating to Wilfred's UN case. The CRA justified the reassessment by a retroactive disqualification of Carolyn's lawfully permitted 2001 tax strategy. This overall action was further reinforced on June 12, 2009 by the CRA's outright dismissal of Carolyn's objection filed against the Enforcement Order. As a result, her entire Canadian estate has been made unavailable even for legal expenses until the matter is resolved.

The Wilfreds departed North America in June of 2001 under duress for fear of Mr Wilfred's personal safety and freedom during the midst of continuous alleged violations of his human rights by the United States and Canada. Mrs. Dare Wilfred's tax planning at that time, necessitated and designed around their urgent relocation off shore, was completed by Alberta tax attorney Richard DeVries under the advice of prominent Canadian legal and accounting consultants Fraser Milner and BDO Dunwoody. Even though Carolyn's advisors are adamant in maintaining that her tax planning according to court documents was and continues to be lawful and valid, the CRA has persisted in retroactively excluding the 2001 strategy. Although Carolyn and her legal counsel insist that this action must be challenged, "How does one mount a formidable legal action against the CRA, or continue to confront the Canadian government for alleged human rights violations if your opponents are permitted to freeze all financial ability to fund the challenges?" asks Harmon Wilfred. As founder, director and trustee of their New Zealand international IT business, ITtelenet Limited and charitable trust, La Famia Foundation NZ. Mr. Wilfred has been residing in New Zealand as a stateless person without the legal right to work or earn an income since the US State Department formally accepted the renouncement of his US citizenship in 2005. He is currently seeking New Zealand citizenship.

As a loyal Canadian and member of the Dare family, Carolyn has written an open letter to the Prime Minister of Canada, Stephen Harper and the citizen's of Canada entitled OH Canada telling her story and appealing to the PM for justice. "I believe I am being deliberately bullied by my own country for supporting my husband on a compelling UN human rights complaint; which is nothing less than government condoned extortion!" says Carolyn Dare Wilfred.