The Armageddon Letters, a transmedia project developed for the 50th anniversary of the Cuban missile crisis, has been launched to deliver behind-the-scenes accounts of the October 1962 confrontation that brought the world to the brink of nuclear war. Combining in-depth academic research with animated short films, podcasting and social media, the project drives home the lessons the October 1962 crisis teaches for addressing today’s nuclear threats. 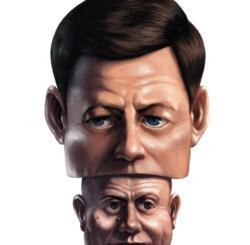 Go behind the scenes of the 1962 Cuban Missile Crisis and learn its lessons for nuclear diplomacy today.

Recently declassified documents and breakthrough analysis reveal that the 1962 Cuban Missile Crisis brought the world much closer to a nuclear war than the American public has ever known. In the run-up to the 50th anniversary of the crisis in October, an innovative transmedia research project called The Armageddon Letters is recreating the behind-the-scenes drama of this 20th century confrontation to drive home its lessons for 21st century nuclear tensions in such countries as Iran, North Korea and India/Pakistan.

The Armageddon Letters, named for the exchange of crisis communications among Cuban President Fidel Castro, Soviet Premier Nikita Khrushchev and US President John F. Kennedy, is based at the Balsillie School of International Affairs at the University of Waterloo.

The project’s cross-disciplinary academic team takes us behind the scenes of the Cuban Missile Crisis, using applied psychology and following a 25-year-long review of the historical record with actual participants, including Fidel Castro and former Defense Secretary Robert McNamara, in Havana, Moscow and Washington. As such, The Armageddon Letters builds on the track record of project leaders James G. Blight and janet M. Lang in making the crucial personal dynamics of international policymaking accessible to the public. In the past, the pair has been instrumental in such groundbreaking films as the Academy Award-winning documentary "The Fog of War" (2004) and the Golden Palm-winning "Virtual JFK" (2008).

As a transmedia project, The Armageddon Letters uses multiplatform storytelling to ensure its findings reach well beyond the academic community – to policymakers, the public and especially younger generations unfamiliar with the events that once threatened the world with nuclear destruction. The project launch today includes:

Reviewers from academia to the film industry to the policy sphere have praised the project for its breakthrough analysis, unconventional narrative style and innovative uses of media. “Its creators have brought the 20th century’s moment of maximum peril fully to the 21st century,” says renowned film producer Peter Almond. The project will continue to release its transmedia accounts of the crisis in the countdown to the anniversary and beyond, as a resource to inform nuclear diplomacy today.

About the Project: The Armageddon Letters is a transmedia project launched on the occasion of the 50th anniversary of the Cuban missile crisis. Using animated short films, social media and other multiplatform storytelling, it takes visitors behind the scenes during the October 1962 Cuban missile crisis that brought the world to the brink of nuclear war.

Project Team: The project is based at the Balsillie School of International Affairs at the University of Waterloo and is led by scholars and filmmakers involved in the Academy Award-winning documentary "The Fog of War" and the Golden Palm Award-winning "Virtual JFK." Profs. James G. Blight and janet M. Lang, the project’s co-leaders, are both faculty members at Balsillie and have authored or co-authored several books on the Cuban missile crisis. David A. Welch is Director of the Balsillie School, as well as a key project member and author or co-author of several books on the crisis. Project Producer/Creator Koji Masutani is a filmmaker at Balsillie and director of the award-winning "Virtual JFK."