According to a new registry of wrongful convictions compiled by the University of Michigan Law School in a joint project with Northwestern University Law School, there have been over 40 exonerations in 2013 so far and over 1,000 listed in the registry. --- Broden & Mickelsen 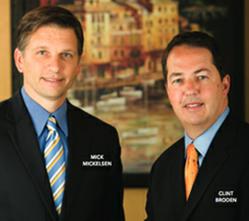 A high profile example in Texas of a wrongful conviction was the case of Michael Arena who walked out of prison almost 13 years into a 20-year sentence.

In Texas Supreme Court M.P.A. No. 10-0859 On Appeal from the Third Court of Appeals No. 03-08-00337-CV, Austin, Texas, Clint Broden, a partner in the criminal law firm, Broden & Mickelsen, won the Texas Supreme Court's first decision in a juvenile habeas case.

The case has been featured on ABC's 20/20 and was highly publicized in the Austin area.