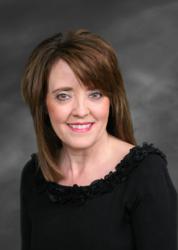 Congress passed the Violence Against Women Act in 1994 aimed to discourage and punish acts of domestic violence, although the recession has brought cities to face budget cuts and repel its domestic violence law. The New York Times on October 11, 2011 reported that Topeka, Kansas city council voted to decriminalize domestic violence. This was influenced by budget cuts within their funding.    Since September there have been domestic violence charges but they were released due to no agency accepting new cases, causing great concerns for these victims. Budget cuts and the struggling economy are being felt nationwide according to a study released by Mary Kay in April, 2011. Eighty percent of shelters nationwide report an increase in domestic violence for the third straight year and three out of four shelters attributed the violence to victim’s financial issues.

Domestic violence also plays a part in the economy when reviewing the amount of money that is involved in intimate partner violence which exceeds 5.8 billion dollars each year with 1 billion dollars of which is for direct medical and mental health services according to the National Coalition Against Domestic Violence. The report also states that one in every four women will experience domestic violence in her lifetime. An estimated 1.3 million women are victims of physical assault by an intimate partner each year. Eighty-five percent of domestic violence victims are women, thus fifteen percent are men.

Domestic violence not only affects the victim, the economic burdens placed on the local government to adhere to the victims’ safety, punishing the abuser, providing money to cover expense for consequences such as direct medical and mental health services as well as to provide for the well-being of the children in the relationship.

Domestic violence itself places burdens on the judicial system for justice to both parties, but according to divorce.com thirty percent of all divorces in the United States following a history of spouse abuse in the relationship, not only are there concerns for the economics of how to help the victim but also weighing the child’s welfare, emotional health and future functioning as an adult due to custody decisions. Witnessing violence between one’s parents or caregivers is the strongest risk factor of transmitting violent behavior from one generation to the next according to NCADV.

The victim in domestic violence that files for divorce has even greater concerns for the welfare of the family. The abuser may minimize, deny or blame the victim for the abuse and the victim faces additional stress for the safety of the children. Many may desire to give away all assets in order to avoid a custody battle, as well as any confrontation with the abuser. When there has been a history of physical abuse concerns for children’s welfare for custody becomes a concern. Creating parenting plans that encompasses the special awareness of the safety of the abused parent and the children is a must. Considerations for custody visitation plans must be very detailed specific in order to provide safety for the victim and knowledgeable parameter set for the abuser. The goal of the custody parenting plan is to minimize any physical contact between parents.

“Abused victims who are divorcing may need additional help to make decisive decisions, as many have not had the ability to make decisions due to an unbalance of power and control between the abuser and victim of domestic violence which may result in the abused victim having difficulty regaining control of life in order to make informed decisions concerning the future,” says Audrey Silcox, a Certified Divorce and Family Mediator. After 16 years of working with divorcing couples, including as a court-appointed mediator, she recently founded Divorce Tool Box, a division of Sildrey Corporation, to make her expertise available via telephone divorce coaching to clients anytime, anywhere. “Guidance with a divorce coach to assist parents as they contemplate divorce is a must in order to effectively—and comprehensively-- consider how a child’s everyday and future financial needs will be adequately met,” she continues. “Working through these issues in advance of entering the legal arena can save couples many hours in legal fees, not to mention the distress of living with regrettable decisions far into the future.”

Divorce Tool Box is a new program providing telephone coaching by an experienced professional for individuals or couples contemplating or currently undergoing divorce. Custody parenting plans, assets and liabilities, division of property and money matters, along with emotional support are some of the issues in customized, confidential and convenient phone sessions to help people make wise decisions before entering the legal arena. This guidance can help ease a difficult process as save countless hours and costs in legal fees. Appointments are made by phone at (251)639-5788 or online at http://www.DivorceToolBox.com