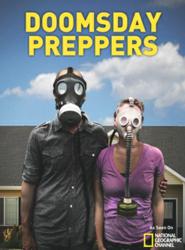 Shows such as Doomsday Preppers have provided public awareness to potential disasters and the need to prepare for them.

Ordinary Americans are becoming aware that disasters like megaquakes, economic collapse, global pandemics, a 2012 cataclysm, nuclear war, solar-flare-induced power failures, or an extreme oil crisis could lead to the unraveling of society.

Doomsday Preppers, the new series from the National Geographic Channel, has gotten the attention of millions of viewers, giving preparedness companies like FirstAidGlobalWholesale a boost to their growing businesses.

"First Aid Global has been marketing emergency preparedness for earthquakes in our local Southern California area for 15 years," says General Manager T. West, "but recently our business has shot onto the national platform. Shows like Doomsday Preppers have substantially increased public awareness about national catastrophes and the individual lack of preparedness that has existed in the past."

Ordinary Americans are becoming aware that disasters like megaquakes, economic collapse, global pandemics, a 2012 cataclysm, nuclear war, solar-flare-induced power failures, or an extreme oil crisis could lead to the unraveling of society. Families everywhere see disasters unfold on television before their eyes. Watching shows like Doomsday Preppers have shown them just how vulnerable they could be and how unprepared they really are in a world where the government may not come to their rescue during times of great crisis.

"Much of what we see on TV might be considered overkill to many," Mr. West says. "Doomsday Preppers takes it to the extreme, but supplying your family with even a minimum amount of Emergency Preparedness Kits and Supplies is a very smart thing to do. It means you can stay safe at home and avoid the panic that might occur in the streets or at the local markets."

http://www.FirstAidGlobalWholesale.com is a safety company in Tarzana, CA providing emergency preparedness kits of extended-shelf food and water, essential first aid, and supplies for tornados, hurricanes, fires and smoke escape and floods. Find kits for Pandemics on their website http://www.contagionsurvival.com, and even power failures on their website PowerSurvival.com. They can be reached toll free at 866-305-1753.

Deluxe 4-person Bucket Kit has a built-in toilet.Easy to stack in a closet and easy to carry.The Survival Backpack for 1, 2 or 3 persons.More than 10,000 have been sold.

Good advice from the CDCContagionSurvival.com has the protection you need during a Pandemic