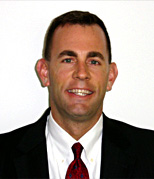 A combination of many factors – increased traffic, distractions, bad weather and poor decisions – clearly make this one of the most dangerous periods of the year to be driving. But, ultimately, most car accidents can be prevented.

The roads throughout Eastern North Carolina will be busy during this month’s holiday season. Unfortunately, that means there will be a greater potential for getting into an auto accident, Elizabeth City personal injury attorney Danny Glover Jr. said today.

Based on 2010 figures, the National Safety Council estimates that more than 600 people across the U.S. will die in a motor vehicle crash during the holiday season, while nearly 60,000 will be seriously injured in an accident.

“A combination of many factors – increased traffic, distractions, bad weather and poor decisions – clearly make this one of the most dangerous periods of the year to be driving,” said Glover, a partner in the Elizabeth City personal injury law firm of Teague & Glover, P.A.

“But, ultimately, most car accidents can be prevented,” he said. “That’s why we urge all Eastern North Carolina drivers to be defensive drivers, use good judgment and ensure that they enjoy a safe holiday season.”

According to Glover, motorists in Elizabeth City and surrounding areas should consider the following measures in order to better protect themselves throughout the coming month:

“Above all, wear your seat belt,” Glover said. “Countless lives could be saved every holiday season if everyone buckled up.”

Glover admitted that all too often, even the safest driver can fall victim to the negligent or reckless driving of another motorist. He advised Eastern North Carolina residents who are injured in car crashes to seek immediate medical treatment.

“Some conditions may not become evident for hours or even days after the wreck, so it’s important to follow up on any medical examination,” he said.

“It’s also important to avoid giving a recorded or written statement to the other driver’s insurance company, and never accept a settlement offer without first consulting with a North Carolina auto accident attorney.”