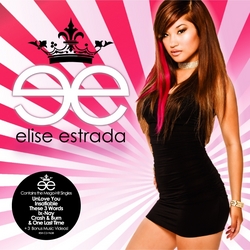 since becoming an artist with RockSTAR Music Corp www.rockstarmusiccorp.com, I have accomplished so much. I am very blessed.

The Elise Estrada CD releases in Canada this Tuesday, September 16th. The album and individual singles are available worldwide for download. The digital revolution has changed the music industry forever. It is very hard for a new Artist like Elise Estrada to get proper fan exposure. For more info contact: http://www.myspace.com/eliseestrada.

According to Elise Estrada, "since becoming an artist with RockSTAR Music Corp http://www.rockstarmusiccorp.com, I have accomplished so much. I am very blessed."

In less than 16 months Elise Estrada has achieved:

Elise Estrada is in Toronto & Montreal this week doing press and will be on TV with appearances including:

MuchMusic "MuchonDemand" (MuchMusic @ 5PM). Elise would love to invite her fans to MuchMusic as our guest this Tuesday!. You can hear a sneak preview of the entire ELISE ESTRADA CD now @ http://www.muchmusic.com/music/firstspin/eliseestrada

Wednesday, September 17th: (All times to be announced)

The album hits stores thisTuesday, September 16th and is already nominated for "Best Pop Recording". This is a CD you don't want to miss. BTW... it's only $9.99 for the first couple of weeks and includes her 5 hit singles and her 3 music videos. To join the Exclusive Elise Estrada eTEAM please log on to http://www.myspace.com/eliseestrada for more details.