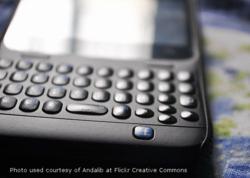 But, if one allows a Facebook identity to depart from one's actual identity, a Jekyll-Hyde like situation arises, where the tension between our online personality and our offline ones begins to eat away at us...

"Part of the appeal of social networking is being able to control how others see us. As in other parts of our lives, when that control is lost, we experience fear, stress, and anxiety," says faith-based website, followme.org.

That statement came today as researchers from the University of Edinburgh released a study this week linking Facebook maintenance to increased levels of stress and anxiety in users, according to a Daily Mail report from Monday.

The more unique social circles a person is involved with, the more likely one will offend people in one of those circles, resulting in stress and anxiety, according to the study's author.

Ben Marder, the study's author, is an early career fellow at the University of Edinburgh Business School. "People will try and manage themselves and regulate how they appear on the site, so they will try and avoid saying things they think, as they are worried how it will appear," Marder told the Daily News.

Marder and his team surveyed more than 300 Facebook users and found that, on average, Facebook users are "friends" with seven different social circles, ranging from work acquaintances to family to friends of friends.

As the demographics of Facebook users expand to over a billion users, ages 13 and up, the risk of social anxiety on the social network increases, Marder said in the University's published press release.

"Facebook used to be like a great party for all your friends where you can dance, drink, and flirt. But now with your Mum, Dad, and boss there, the party becomes an anxious event full of potential social landmines," Marder said in the release.

But some faith-based organizations suggest that the anxiety experienced in social networks expands to the spiritual realm. Followme.org is a faith-based website that provides resources for individuals wrestling with anxiety, stress, and depression. Its leaders say they aren't surprised by Marder's findings.

"Facebook is an awesome tool for connecting people-- whether family, colleagues, or friends. But, if one allows a Facebook identity to depart from one's actual identity, a Jekyll-Hyde like situation arises, where the tension between our online personality and our offline ones begins to eat away at us, causing physical and spiritual stress and even more serious depression," says Pastor Jamie of followme.org.

And as the social network continues to expand to parents, bosses, colleagues, and school officials, Pastor Jamie says, users should not expect the anxiety to subside.