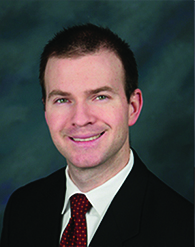 The award is presented in appreciation of Mr. Moher’s dedication and outstanding service to the Fairfax Bar Association.

Mr. Moher is co-chair of the FBA’s Alternative Dispute Resolution (ADR) section. The ADR section, in conjunction with the Family Law Section, conducted a successful Continuing Legal Education (CLE) program this year. He contributed his time to this and other FBA initiatives.

The award was presented to Mr. Moher at the FBA’s annual meeting luncheon on June 4, 2013.

Earlier this year Mr. Moher was also selected by his peers for inclusion in The Best Lawyers in America© 2013* in the field of family law.

About Grant Moher, Esq.:
Grant Moher is an experienced trial lawyer and Virginia divorce attorney who has practiced in the Commonwealth for over 10 years. He has litigated and/or negotiated resolutions in custody, support, and equitable distribution matters involving issues such as closely-held businesses, international child custody, child sexual abuse, imputation of income, and spousal battery. In addition to his traditional experience, Mr. Moher is also an active practitioner of collaborative law. He is the Membership Chair of the Collaborative Professionals of Northern Virginia (CPNV).

Mr. Moher graduated with honors from Allegheny College and received his Juris Doctor from Marquette University in Milwaukee, Wisconsin. He is a member of the Virginia and Wisconsin state bars and is a member of the Family Law Section of the Fairfax Bar Association and co-chair of FBA’s Alternative Dispute Resolution section.