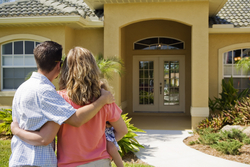 Feldman Law Center - Press Release by Feldman Law Center - A grinding recession has put already struggling homeowners in a position where household debt loads are quickly becoming unmanageable. Loan modification has become a well known remedy for those experiencing hardships including toxic mortgages, job losses, being underwater on the house, divorce, etc. It has been widely reported that fully half of these modifications end up back in default within six months. Recently Fitch Ratings published estimates that the re-default rates on mortgages would rise to 70% by yearend 2009 due to inadequate terms on the loan modifications and additional household debt that isn't included in calculating a what a homeowner can actually afford to pay on the monthly mortgage payments.

For consumer/homeowners with burdensome mortgage and consumer debt payments, combining the two processes can make a significant difference in cash flowing out of the household, the difficulty in managing the debt, and dealing with the possibility of foreclosure. Have attorney assess your total financial picture so that the two processes can be synchronized for optimal results.

About Feldman Law Center
The Feldman Law Center is one of California's top loan modification companies, providing excellent service to our clients and is completely focused on keeping everyone one of our clients in their homes. Our loan modification experts work tirelessly to provide every homeowner we work with the information, guidance and support they need to modify their mortgages and keep the homes they've worked to buy.