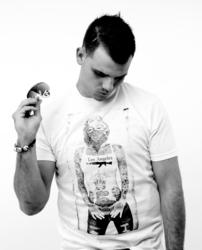 Coast 2 Coast Mixtapes announce the release of the video for the single “Never Stop” by reggae/dancehall artist Fiyah Marshall and DJ Deville. The video, presented by Coast 2 Coast Video Distribution, is currently available on YouTube and has received over 300,000 views.

Alex Marshall aka Fiyah Marshall is an international artist. He was born and raised in Bermuda, but spent most of his teen years in the UK. Music has always been an important part of his life with his upbringing enabling him to experience various musical styles which can be heard in his music. Fiyah's unique style fuses reggae, island vibes, as well as multiple genres to create an “urban dancehall” style of music that has been compared to Shaggy, Sean Paul, and Sean Kingston.

To date, he has achieved many accomplishments including vocal training alongside artists such as UK Pop artist Lily Allen and having his music played in some of the top nightclubs like Zen in Trinadad and Vintage and Scene in Tampa Bay. Fiyah has performed at top nightclubs and events throughout the Caribbean and Tampa Bay and opened up for many artists including Maxi Priest, Coolio, Slick Rick, Ivy Queen, Allison Hinds, Lady Saw, Sean Paul, Tanya Stephens, Marlon Asher, Collie Buddz, Yellowman,Spragga Benz, Acafool, Mystikal, Snoop Dogg, DJ Trans, Dead Prez, 2 Live Crew and more.

Fiyah Marshall plans to release several projects and do multiple tours in 2013. Keep up with all Fiyah Marshall updates by following him on Twitter.