Relying on a federal lawsuit to invalidate the new Health Care Reform Law is not only an uncertain endeavor in the face of decades of bad Supreme Court precedent; it could also take years to go anywhere, according to the Tenth Amendment Center. “The reality is this, considering a lawsuit as the primary response leaves the people in opposition holding the bag,” says Michael Boldin, founder of the Center. “That's why we advocate a solution to this mess that leaves the people, not the courts, in charge." 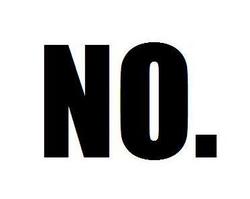 We are pleased to announce nullification legislation that is crafted to specifically address the Patient Protection and Affordable Care Act on a state level. We encourage grassroots activists and state legislators to work to get it passed in their state.

"Prominent founders such as Thomas Jefferson and James Madison warned us that if the federal government ever became the sole and exclusive arbiter of its own powers, those powers would continue to grow, regardless of elections, courts, separation of powers or other much-vaunted checks and balances in our system," said Michael Boldin, founder of the Tenth Amendment Center.

Nullification, according to the Center, is the rightful remedy to an unconstitutional act, as it considers the recently-signed Patient Protection and Affordable Care Act to be. When a state nullifies a federal law, it is proclaiming that the law in question is void and inoperative, or non-effective, within the boundaries of that state; or, in other words, not a law as far as the state is concerned.

Today, the Tenth Amendment Center announced a different strategy for activists and state government. "We are pleased to announce model nullification legislation that is crafted to specifically address the Patient Protection and Affordable Care Act on a state level,” Boldin said. “We encourage grassroots activists and state legislators alike to work to get this bill passed in their home states."

The legislation, the Federal Health Care Nullification Act, would codify in state law that the Patient Protection and Affordable Care Act "is not authorized by the Constitution of the United States...is hereby declared to be invalid...shall not be recognized...is specifically rejected...and shall be considered null and void and of no effect" within the boundaries of any state enacting it. It also mandates that it “shall be the duty” of the State’s legislature “to adopt and enact any and all measures as may be necessary to prevent the enforcement.”

“The greatest problem with relying on lawsuits by state Attorney’s General for Constitutional protection is the reality that the Supreme Court has set years and years of bad precedent, allowing the federal government to control many aspects of our lives that the Founders and Ratifiers never authorized,” said Boldin. “The real question we must ask is this,” he continued, “Does the Constitution mean what the founders said it means, or does it mean what the Supreme Court says it means…until it changes its mind?”

“Like any legal document, the words of the Constitution mean today the same as they meant the moment it was ratified,” said Boldin. “The Commerce Clause, the General Welfare Clause and the Necessary and Proper Clause have not been amended, and the original Constitutional meanings of those clauses do not permit the federal government to exercise such powers.”

According to the Center, on a political level, the new health care reform legislation not only violates conservative principles by greatly enlarging federal power and control, but also is an affront to traditional progressive principles because it requires millions of people to give their money to an industry that many liberals revile, and interferes with the ability of states and local communities to enact their own health care programs as they see fit.

“It’s time to remind the federal government that We the People are in charge and not the other way around,” said Boldin. “Following the Constitution every issue, every time, without exceptions or excuses requires us to resist federal overreach and keeping our health care decisions where the Founders assured us that they’d be and where they belong…close to home.”

Contact:
For more information on this issue, or to arrange an interview with the Tenth Amendment Center, please call Director of Media Bryce Shonka at 213-935-0553 or email bryce(at)tenthamendmentcenter(dot)com.