Despite slowdowns in job creation, the media has continued to report that health care is a recession-proof industry. Now the dog has been wagged, as 27,000 new jobs were created in the U.S. in July. Also, companies have begun looking for new ways to save money that don't involve layoffs. 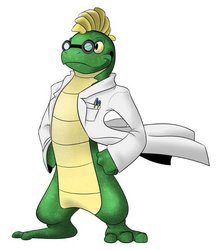 Despite a quarter of slow growth, news outlets have continued to tout health care as the one recession-proof industry, often citing the aging population and their need for care. Finally, the dog has been wagged: July saw healthcare job creation numbers rise to 2009 levels, as 27,000 new jobs were added, according to the U.S. Bureau of Labor Statistics. About 71,000 people overall were hired in July, and the unemployment rate stayed static at 9.5 percent. Meanwhile, outplacement research firm Challenger, Gray & Christmas reported just over 2,000 job losses in the pharmaceutical field in July, which was a small percentage of the 41,000-plus cuts made last month.

Geographically speaking, job postings remained relatively steady in July, according to MedZilla.com, the internet's most established source for health care, pharmaceutical, and biotechnology jobs. There was a slight uptick in postings for sales representatives, balanced out by a drop in medical education postings. The greatest change rates came from companies actively seeking qualified candidates – almost one dozen states showed significant increases in searches, with Florida leading the pack at 5.5 percent. However, three states decreased their searches as well, and in California the drop was almost 8.5 percent.

"One reason for the change may be the increased role of the recruiter," said John Burkhardt, MedZilla's Director of Operations. "In the past, recruiters were viewed with something of a critical eye, but as more and more people are applying for jobs, companies want to weed out unqualified candidates quickly. Recruiters can help them do so." However, a recent report in the Kansas City Star (7/24/10) warned that many potential employees are becoming frustrated as it becomes more difficult to navigate a hiring process that includes more hurdles than ever before. A survey by Manpower, Inc. cited in the Star cautioned that employers looking to find the perfect fit are likely to fail, but by only looking for the perfect fit, they neglect candidates who can become perfect with little training.

As health care companies continue seeking ways to save money that do not involve layoffs – "at this point," said Burkhardt, "most of the people who can be laid off already have been, and making cuts would impact patient care" – some have begun applying efficiency-increasing techniques. Denver Health has adopted practices used by the Toyota Motor Company to both save money and reduce layoffs (denverpost.com, 7/29/10). Others have begun forming accountable care organizations (ACOs), which receive benefits under the U.S. health care reform act (latimes.com, 7/28/10). Still more continue to push technological solutions, especially when it comes to recordkeeping, which will actually create new types of jobs – specifically, people with health care experience who can also run computerized record systems (usnews.com, 7/26/10; mlive.com, 7/21/10). The American Medical Association reported that more job growth is expected this year at hospitals and physicians' offices (amednews.com, 7/26/10). "Even with positive growth expected, however, our numbers are still showing little to no change in the number of people seeking jobs," added Burkhardt.

News was relatively sparse on the layoff front last month. Hospitals in the Cape Fear region of North Carolina have laid off more than 100 people, and as reported earlier this year by the MedZilla employment report, more than 2,000 health care workers lost their jobs in New York City when two hospitals closed (starnewsonline.com, 7/28/10). Insurer Blue Cross Blue Shield of North Carolina is planning to cut administrative costs by 20 percent over the next four years, which could also lead to layoffs, though none have been announced yet (insurancenewsnet.com, 7/15/10).

"With all the primary elections in the U.S. scheduled for July and August, the main topic of conversation regarding health care has been reform, not jobs," said Del Johnston, MedZilla's Client Relations Specialist. "When it comes to reform, one of the many drums the candidates are beating is that small businesses are likely to cut jobs once the plan is fully enacted in 2014." Small business owners will be subject to fines of $2,000 per employee if they employ more than 50 people and do not offer health coverage approved by the reform plan (timesdispatch.com, 7/28/10).

Established in mid-1994, MedZilla is the original and leading web site to serve career and hiring needs for professionals and employers in biotechnology, pharmaceuticals, medicine, science and healthcare. The MedZilla jobs database contains about 7,500 open positions. The resume database currently contains over 285,000 resumes with 16,800 less than three months old. These resources have been characterized as the largest, most comprehensive databases of their kind on the web in the industries served.

Medzilla® is a Registered Trademark owned by Medzilla Inc. Copyright ©2010, MedZilla, Inc. Permission is granted to reproduce and distribute this text in its entirety, and if electronically, with a link to the URL http://www.medzilla.com. For permission to quote from or reproduce any portion of this message, please contact MedZilla, Inc. at press(at)medzilla(dot)com