Study shows that hip articular cartilage damage and chondral lesions − previously considered a career-ender for athletes − can be successfully treated with hip arthroscopy and microfracture. 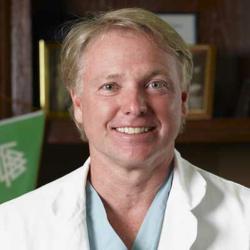 The study provides reassurance to high level athletes suffering from chondral lesions and other hip articular cartilage damage that return to play is probable with proper treatment.

“Return to Play After Hip Arthroscopy With Microfracture in Elite Athletes” − conducted under the direction of Dr. Marc Philippon at The Steadman Philippon Research Institute (SPRI) − provides reassurance to high level athletes suffering from chondral lesions and other hip articular cartilage damage that return to play is probable with proper treatment.

The study shows that elite athletes treated for cartilage damage with a combined procedure of hip arthroscopy and microfracture have a return to play success rate similar to those treated solely with hip arthroscopy for injuries not involving the cartilage. Articular cartilage damage commonly occurs with traumatic hip injuries, such as labral tears, femoroacetabular impingement (FAI) and hip instability. If left untreated, cartilage conditions can be fatal to athletic performance and make return to play unlikely.

The microfracture procedure, created by Dr. Richard Steadman 30 years ago, is an effective, low-cost option for treating knee cartilage defects in elite athletes. The goal of this study was to prove that positive outcomes are similar for hip cartilage defects. Study participants consisted of elite male athletes who played hockey, soccer, football, baseball, tennis and golf.

The results show no statistical difference in rate of return to play between the groups. 77 percent of the athletes in the microfracture treatment group and 84 percent in the control group returned to play. The study followed players who returned to play for an average of three years. Thus far, 73 percent of those in the microfracture treatment group still play sports and have averaged three seasons.

Researchers also saw no significant difference between the groups in age, time from injury to surgery, number of seasons played prior to the operation or size of chondral lesion for return versus no return. They also didn’t find an increased risk of being benched due to contact sports, multiple chondral lesions or lesions on the weight bearing surface.

For more information about this study, the abstract and download is available here: Return to Play After Hip Arthroscopy With Microfracture in Elite Athletes

About The Steadman Philippon Research Institute
The Steadman Philippon Research Institute (SPRI) is dedicated to keeping people of all ages physically active through orthopaedic research and education in arthritis, healing, rehabilitation, and injury prevention. Founded in 1988 by orthopaedic surgeon Dr. Richard Steadman as the Steadman Sports Medicine Foundation, the 501(c)(3) charitable organization has influenced the practice of orthopedics worldwide. Based in Vail, Colorado, it has become one of the most published organizations in sports medicine research and education.