National survey of the UK's cheating spouses finds that horse and cat owners are predisposed to being unfaithful. 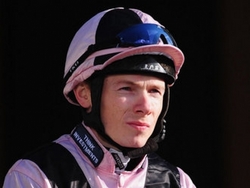 Jilly Cooper's famously naughty novels about play-away horse owners may be more accurate than previously thought; a national survey has shown that an overwhelming majority of cheating spouses own horses and ponies.

In the survey, over 2,000 unfaithful spouses were quizzed on which pets they kept at home; of the respondents, 8% own a horse or a pony. The most common pet for cheaters to keep is a cat (45%), despite the fact that dogs are officially the most popular pet in the UK with 8 million Brits owning at least one (source: Daily Mail 2010).

The British Horse Society estimates that the annual cost of keeping a horse or pony is around £3200.

The survey was conducted by IllicitEncounters.com, the UK's largest extramarital dating site.

“Horses certainly aren’t your average domestic pet,” says Sara Hartley, site representative, “and they cost a lot to keep. IllicitEncounters.com’s clientele earn £5,000 more a year than the average Brit, so perhaps we shouldn’t be surprised that their conspicuous consumption stretches to their choice of pets.”

“As for cats, they have often been seen as a symbol of mystery and allure. Perhaps the owners are projecting a little?”

IllicitEncounters.com has just over 540,000 members across the UK, and has been running since 2003.

Click here to view a full table of results