HostGator, a Houston-based Web Hosting Company, Announces a $100,000 Donation to the Haiti Relief Efforts through the American Red Cross. 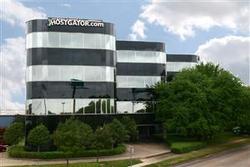 I’m glad to be in a position where we’re able to help those in need. It’d be wrong to do nothing in light of what happened to the people. Their lives are going to be forever changed in a way that most Americans can barely fathom.

HostGator.com, a leading web hosting provider, announced on Thursday that it has donated $100,000 to the American Red Cross Haiti Relief and Development fund.

The donation is the sixth six-digit charitable donation HostGator has made in its eight year history and the third such donation to the American Red Cross. The funds will help the Red Cross provide support for the relief efforts in Haiti, which will likely include mobilizing additional aid workers, sending supplies, and providing financial resources for what is certain to be a long recovery for the government and people of Haiti.

“What happened in Haiti is a tragedy,” said Brent Oxley, HostGator’s founder and CEO. “I’m glad to be in a position where we’re able to help those in need. It’d be wrong to do nothing in light of what happened to the people. Their lives are going to be forever changed in a way that most Americans can barely fathom.”

HostGator is participating in the Hosting for Haiti alliance, an effort in which a number of major web hosting companies united to provide financial and public resources for relief in Haiti. In addition to its financial donation, HostGator will continue to encourage its customers and employees to donate to the efforts in Haiti through Twitter and other company communication channels.

On January 12, a number of earthquakes ranging from 6.5 to 7.3 on the Richter scale, devastated the poor Caribbean nation. Figures released by the Haitian government estimate the death toll to be approximately 200,000, with 80,000 people already buried in mass graves around the country.

About HostGator:
HostGator.com LLC is a world leading provider of shared, reseller, and dedicated web hosting. Privately held and based in Houston, Texas, the company was founded in 2002 by current President and CEO Brent Oxley, who started the company from his dorm room at Florida Atlantic University. Since then, HostGator has grown from a small hosting company with just three servers into a world leading and industry recognized hosting provider with more than 7,000 servers under management. The close to three million domains hosted by HostGator make up approximately 2% of the world's Internet traffic. For more information, please visit HostGator Web Hosting.

About the American Red Cross:
The American Red Cross shelters, feeds and provides emotional support to victims of disasters; supplies nearly half of the nation's blood; teaches lifesaving skills; provides international humanitarian aid; and supports military members and their families. The Red Cross is a charitable organization — not a government agency — and depends on volunteers and the generosity of the American public to perform its mission. For more information, please visit redcross.org.