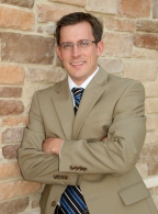 Impaired drivers are a threat to public safety as well as themselves.

The Memorial Day weekend marks the kickoff of the summer season, with many Texans taking to the roads to drink up the sun at Gulf-area beaches.

But hopefully, that will be the only kind of drinking they’ll be doing behind the wheel, Houston drunk driving accident attorney Brad T. Wyly said today.

Thankfully, law enforcement officials will be out in droves to stop them, Wyly said, pointing out that the Texas Department of Transportation has begun its annual crackdown campaign against drunk driving in preparation for the holiday weekend.

“Any state effort to prevent deadly DUI accidents is an undertaking that is well worth the time and investment,” the Houston personal injury lawyer said.

State law enforcement officials step up their patrols during major holidays in order to detect drunk drivers. In the first week of January 2011, the Texas Highway Patrol reported arresting 1,106 drivers across the state for driving while intoxicated between Dec. 21 and Jan. 1.

The state Department of Transportation reports that in 2009 there were 27,108 drunk driving crashes in Texas, which caused 955 deaths and 17,542 injuries. And according to a 2010 report on drunk driving issued by the National Highway Transportation Safety Administration, 17.2 million Americans admitted driving while intoxicated at least once over the previous year.

“Those should be sobering statistics for people who drive under the influence, but unfortunately many people don’t get the message or choose to ignore it,” said Wyly, who represents clients injured in drunk driving wrecks in Houston, Galveston, Beaumont and areas surrounding Harris County.

The consequences for impaired offenders who kill or injure innocent motorists can be severe, both from a criminal and civil standpoint, according to Wyly.

Not only do people who cause Texas DUI accidents face jail time, but drunk drivers can also be held liable for victims’ medical expenses, lost wages, pain and suffering and punitive damages.

“Too many innocent people die in auto accidents because of the blatant irresponsibility of drunk drivers, and that includes first-time as well as hard-core repeat offenders,” Wyly said.

“Summer should be a time of celebration for friends and families, and it’s horrifying to see lives altered permanently by vehicle crashes that are easily preventable.”

Attorney Brad T. Wyly, the firm’s founder, is a skilled negotiator and lawyer. Wyly has extensive experience in personal injury cases, including claims involving complex accidents, catastrophic injuries and wrongful deaths. He has been named a Rising Star in Law & Politics magazine. To contact Wyly Law Firm, P.C., call (713) 574-7034 or use the firm’s online form.