The Deepwater Horizon oil spill disaster has had far reaching effects on the environment and the many commercial fishermen and other workers and businesses that rely on the Gulf of Mexico to make a living, say Arnold & Itkin lawyers Kurt Arnold and Jason Itkin. 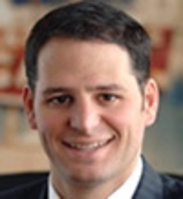 This filing puts the company on record and clears up some ambiguity concerning BP's intentions regarding the cap and its liability for the disastrous situation resulting from the oil spill in the Gulf.

Lawyers from Arnold & Itkin are applauding the BP Company’s announcement that it is waiving a $75 million cap on liability for some claims resulting from the Gulf of Mexico oil spill.

BP lawyers made the company’s position known in an October court filing. Company lawyers said that BP always intended to pay legitimate economic damage claims -- even in some cases where the damages exceed the statutory limitation on liability as established by the 1990 Oil Pollution Act, according to Associated Press reports.

“This filing puts the company on record and clears up some ambiguity concerning BP’s intentions regarding the cap and its liability for the disastrous situation resulting from the oil spill in the Gulf,” says Jason Itkin, a partner in the Houston law firm of Arnold & Itkin LLP.

The Obama administration recently announced that it was lifting the moratorium on deepwater drilling that was imposed after the BP Deepwater Horizon exploded in April, killing 11 workers and spilling millions of barrels of oil.

“This tragedy should be a lesson for energy companies,” said Arnold & Itkin lawyer Kurt Arnold, who has a successful record of representing injured maritime workers. “Drilling in deepwater is dangerous work, and preventing offshore oil rig accidents and protecting platform workers should be the first priority of everyone involved in the process.”

About Arnold & Itkin LLP
The maritime accident lawyers at Arnold & Itkin LLP, a personal injury law firm based in Houston, Texas, understand the complexities and legalities of maritime law and have a successful track record of verdicts and settlements in favor of maritime workers. The law firm provides legal guidance on all aspects of maritime law and the benefits offshore workers are entitled to under the Jones Act, the Death on the High Seas Act, the principle of maintenance and cure, or the Longshore and Harbor Workers' Compensation Act.

Arnold & Itkin LLP handles maritime claims at port cities along the Gulf Coast in Texas, Louisiana, Mississippi and Alabama. The firm can be contacted toll free at (866) 222-2606 or through its website.