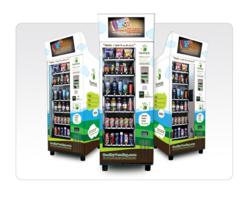 Forbes received applications from more than 3,000 companies hoping to be named 'America's Most Promising' in 2011. To sharpen its search, Forbes teamed up with CB Insights, a Manhattan-based data firm that tracks investment in high-growth private companies. With $650,000 in grants from the NationalScience Foundation, CB has developed complex software called Mosaic that mines myriad online sources (from press releases and social networks to job boards and court filings) to come up with one, algorithmically derived score that measures a private company’s health. Forbes married Mosaic’s data-crunching with old-fashioned reporting to assemble a list of rising stars with bright growth prospects. To view the complete the list, please visit http://www.forbes.com/ampc.

“Sizing up younger, privately held companies is hard: Their fortunes can change very quickly and there's a dearth of public data," says Forbes Executive Editor Brett Nelson. "We took a more comprehensive approach to evaluate their health and potential."

Forbes sent its top contenders for America’s Most Promising Companies to Aileron, a foundation that focuses on the development of entrepreneurs and privately held business as a way to raise the quality of life for many. HUMAN Healthy Vending was one of five companies invited by Forbes.

At Aileron, Sean Kelly – HUMAN’s CEO - had a moment to speak with Clay Mathile, former CEO and owner of The Iams Company and founder of Aileron, and Joni Fedders, president of Aileron. In their discussion on the personal characteristics managers should have to build successful companies, Fedders said to Sean, “Probably the biggest success factor we’ve seen in all of these entrepreneurs that adopt professional management is they’re open to being vulnerable and not knowing everything: people like yourself who are asking questions and you’re smart people who have lots of competencies but you’re always willing to learn. It seems that that’s a successful behavior trait because you’re always hungry for learning that next thing.” To see the video, please visit http://video.forbes.com/fvn/ampc/sean-kelly-human-healthy-vending

HUMAN Healthy Vending has grown 400% year over year – a growth its co-founders, Sean Kelly and Andy Mackensen, attribute to their passion. “We’re educators and activists first, and healthy vending pros second,” said Sean. “We’re thrilled to be recognized by Forbes and it’s a great culmination to this year during which time we’ve placed our 800th machine in the field and made a big impact in schools and community locations across the nation by providing convenient access to healthy foods and nutrition education.”

“As social entrepreneurs, it’s a great feeling to know our work is recognized. We know there is so much more to do in solving the problem of childhood obesity and in bringing healthy food to food deserts; so, we’re just getting started,” said Andy, HUMAN’s managing partner.