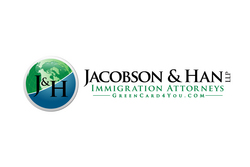 Typically, the the most difficult obstacle to obtaining cancellation of removal is proving exceptional and extremely unusual hardship.

When 42 year-old Maria Sanchez* and her family consulted with Jacobson & Han LLP, Immigration Attorneys(http://www.GreenCard4You.com) in 2008, she was too distraught to believe that there was hope for her and her husband, Miguel, to obtain legal status in the United States and not be deported. Maria and Miguel came to the United States in 1997 as newlyweds from Guatemala to pursue a better life for themselves. They were blessed with three children in the United States. Unfortunately, not all three were healthy.

Their first child, Michael, 10, was diagnosed as an infant with Cerebral Palsy, a neurological disorder, and was severely weakened on the left side of his body and was unable to use his left hand and was unable to walk. Michael could not lead a normal day-to-day life and required care and assistance. With no other family in the United States, Maria and Miguel were desperate to obtain legal status (green card) in the United States and sought advice from the Immigration Lawyers at Jacobson and Han LLP. Maria and Miguel were surprised to learn that Michael's condition would assist them in their pursuit to obtain legal status in the United States.

Typically, the the most difficult obstacle to obtaining cancellation of removal is proving exceptional and extremely unusual hardship. This is defined as hardship that is substantially beyond that which would ordinarily be expected to result from an alien's deportation and hardship to the applicant is irrelevant. Some factors considered in determining exceptional and extremely unusual hardship include, but are not limited to:

Like many out of status families who migrate to the U.S. in search of better jobs, education or physical and financial security, Maria and Miguel also needed to remain in the United States, primarily to seek continued medical treatment for Michael. After careful analysis and creation of a theory of the case to establish the very difficult standard of hardship needed to satisfy the Immigration Judge in this matter, Maria and Miguel were granted Cancellation of Removal and were able to remain in the United States and become lawful permanent residents (obtain their green cards).

Here at Jacobson & Han LLP, the deportation (removal) department of the firm is dedicated to assisting immigrants with their Cancellation of Removal cases and determining their hardship factors. The decision to appear before an immigration judge is a serious one and one that should not be taken lightly. Experienced and knowledgeable immigration attorneys who are able to adequately prepare for and present your case to the Immigration Judge are key to your Cancellation of Removal case. Please contact Jacobson & Han LLP, Immigration Attorneys at (800) 990-5660 for a free immigration consultation or seminar to make sure that you are competently guided and represented throughout the process.

This Press Release is for information only and not intended to be legal advice.