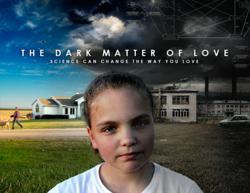 'The Dark Matter Of Love' tells the story of Masha, an eleven year old Russian girl, learning to love her adoptive American family

At the end of the week Indiewire asks readers to vote for the project they'd most like to see and that project becomes Project of the Week and wins a consultation with distribution company SnagFilms (Indiewire's parent company).

Morgan Spurlock predicted that 'The Dark Matter of Love' would be Indiewire's project of the day with a tweet on the 2nd of November.

The film was selected by the Indiewire team on the 7th of November. Director of 'Dark Matter' Sarah McCarthy starred in Morgan Spurlock's film 'Committed' which told the story of Sarah's experience of Toronto International Film Festival with her last film 'The Sound of Mumbai: A Musical' - which went on to be picked up by HBO Documentary Films.

Sarah McCarthy commented: "One of the things I learned in making Morgan's film and having a film featured in TIFF was that PR plays an incredibly important part in who your film gets seen by. You can have a brilliant film that goes nowhere because it doesn't get into the right festival or written about by the right journalists. And there are lots of films out there that aren't great films but they do incredibly well because they have extraordinary marketing campaigns."

"It feels strange and kind of shameless to self promote but it's totally essential to the life of your film! Since becoming Indiewire Project of the Day we've been approached by a number of world class distributors and sales agents, so we know that PR works!" Sarah added.

Branding consultant and author Simon Middleton has become Associate Producer of the independent film to help get The Dark Matter Of Love as much funding support as possible.

The film-makers, Director Sarah McCarthy and Producer Grace Hughes-Hallett are amongst the first film- making teams to launch a project on the new UK version of the Kickstarter crowdfunding programme. They have so far raised over £5,000 of their £20,000 target to complete the film.

The Kickstarter money is required to complete the post-production of the film, including a score by Molly Nyman, and will also be used to license the archive footage in the film. Kickstarter projects offer rewards for cash and this campaign includes a host of exclusive treats including first release downloads of the film (£10) and tickets to the London Premiere and dinner with the filmmakers afterwards (£1,000).

'The Dark Matter Of Love' tells the story of Masha, an eleven year old Russian girl, learning to love her adoptive American family - through a scientific intervention based on the work of Professor Robert Marvin.

Marvin has spent a lifetime developing a programme designed to help children learn to love. His framework draws on experiments into monkeys, birds and human children. The Dark Matter Of Love weaves rare footage of Professor Marvin's experiments through the touching story of Masha learning to love for the very first time.

The Kickstarter crowd-funding website has raised over $395,000,000 in the US and it launched in the UK at the beginning of this month.

Simon Middleton is founder of the Brand Strategy Guru brand consultancy and the author of three books: 'Build A Brand In 30 Days', 'What You Need To Know About Marketing' and 'Brand New You'.

Further information about the movie The Dark Matter Of Love can be found at http://www.kickstarter.com/projects/darkmatterlove/the-dark-matter-of-love-0