Winning image selected the best of the best from more than 17,000 submitted images 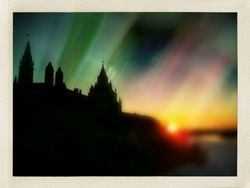 Adorama, one of America’s premier photography and consumer electronics resellers, announces today the Grand Prize winner of its first annual iPhone Photography Contest. This annual Award was created by Adorama to spotlight the rapid rise in popularity of the iPhone as a new platform for digital point-and-shoot photography.

“Response to the Adorama iPhone Photography Contest underscores the creativity and imagination that results from using the built-in iPhone camera and downloadable imaging Apps,” said Ahron Schachter, Adorama spokesperson. ''We along with Apple Inc. are thrilled at the quality and the quantity of work submitted and the success of this contest.''

With over 2,000 photography-related Apps in the Apple iTunes App Store for photography, iPhone owners are using this software on their phones to expand and creatively explore photography in ways not even imaginable on a standard point-and-shoot camera, no less a cellphone camera. These Apps (software programs that load on an iPhone or iPod Touch) are turning today’s popular mobile devices into very powerful photographic tools for capturing, editing and manipulating all types of photographic images and graphics right on the iPhone or iPod Touch with no computer needed.

“Based on the success of this iPhone Photo Contest, Adorama is now planning additional contests to include the larger photographic community who are working with other mobile platforms such as the Google Android,” said Brian Green, Vice President of Marketing, Adorama. ''It’s clear that we have just begun to tap into the creative juices of photographers working in this highly expressive medium.''

In addition to the Grand prize winner, 300 additional winners will be announced on the contest website. For more information about the iPhone Photo Contest or Adorama’s soon to be announced APPOS™ award winners visit the Adorama web site at: http://contest.adorama.com/ .

About Adorama
For more than thirty years, Adorama Camera, Inc. headquartered in New York, NY, has been one of the nation’s largest retail and mail order suppliers serving professionals as well as amateurs in the photographic, video, digital imaging, consumer electronics and telescope/binocular fields. Adorama prides itself on offering the best combination of quality services, selection, knowledgeable staff, and competitive pricing. For more information about Adorama’s products, services, and the unique Adorama educational services visit http://www.adorama.com .

iPhone and iPod Touch are registered trademarks of Apple Inc. All other trademarks are property of their respective owners.