The Alphabet Train introduces little kids to the world of letters and first words with a joyful ride. The iPad/iPhone app is full of attractive graphics, train sounds and funny animations to keep a little child hooked. 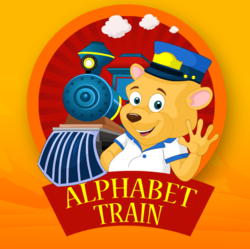 Little kids will unknowingly learn their alphabets and first words while playing and enjoying this app for hours all alone.

Internet Design Zone, an iOS application developer company, has launched a new fun educational iPad/iPhone app: The Alphabet Train. Kids in age group 2-6 or in pre-school, 1st, 2nd grade would enjoy playing with this app and learn alphabets ABC and their first words in no time.

Why kids will love the Alphabet Train?

Why parents will love the Alphabet Train?

The Alphabet Train app is now available for free download on the iTunes App store as a universal app for all three devices: iPhone, iPad and iPod Touch. Alphabets A to E are free. F to Z are available with an in-app purchase.

Founded in 2004, Internet Design Zone, India has been developing websites and mobile applications. It has developed more than 45 iPhone/iPod Touch and iPad apps. These days, the company is developing educational apps for kids on the iOS platform.

Screenshot of Alphabet BDancing B with a bouncing Ball.

Screenshot of Alphabet CAnimated C With a Juggling Clown

Screenshot of Alphabet XDancing X with an X-Ray