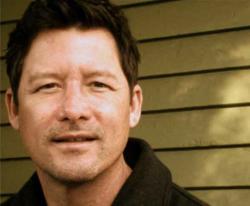 Christopher Grimes, author of The Pornographers

Making the Twin Towers 'flaccid' by penetrating them with jets is an extraordinarily potent symbol.

Grimes explains in a video interview that his narrators’ “response to the pornography of violence, as in the attack on the World Trade Center, emanates from an existential impotence,” a condition that ushers in the most comedic elements of the work. “It’s undeniable,” he said, “that the Twin Towers are a representation of the virility of capitalism. Making that representation, in essence, flaccid by penetrating them with jets is an extraordinarily potent symbol. So the question becomes for patriarchal America: How do we reassert our masculine potency?”

“I’ve heard through the literary grapevine,” says Jaded Ibis Press publisher Debra Di Blasi, commenting on the book's explicit nature, “that some have found the book misogynistic. I can't imagine that those people read the book. The novel’s view of women strongly suggests that while Grimes’ male bureaucrats wrestle with their ‘limp’ post-9-11 anxieties, their wives by contrast feel empowered and secure enough that they’re comfortable with and insistent upon flying to India with their yoga guru.”