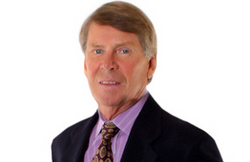 When questions arise about the death of an elderly citizen who has been left in the care of a nursing home or hospice, families deserve answers.

“It’s not enough to require that nursing home deaths be reported to the proper officials, which is what is currently being proposed in our legislature,” Hughes said. “If we are going to do this right in Kentucky, we need to make sure those officials have the proper funding to conduct autopsies that are thorough and complete.”

He has endorsed a bill currently pending in the Kentucky General Assembly, House Bill 69, which would require a designated staff member at long-term care facilities and hospices to report all deaths to the county coroner within 24 hours. Coroners, in turn, would be required to involve police or prosecutors if they suspect mistreatment played a role in the death.

Currently, state law does not require nursing homes to report most deaths to coroners, and coroners are rarely called, the Lexington Herald-Leader reported last summer in a series of stories that discovered flaws in the system used to investigate nursing home neglect and abuse.

Hughes spoke this week in reaction to an investigative report issued by National Public Radio, PBS Frontline and ProPublica. The report revealed a trend across the country in which “underfunded and understaffed” medical examiner and coroner offices are being forced to forgo autopsies of the elderly.

Because these autopsies are not being performed, “gray homicides” may be occurring without investigation or prosecution, the report states.

“When questions arise about the death of an elderly citizen who has been left in the care of a nursing home or hospice, families deserve answers,” Hughes said. “But if we require nursing homes to report elderly deaths to coroners, and those coroners lack the resources to perform their work, then it’s likely that those questions are still going to be left unanswered.

“At Hughes & Coleman, we believe that our state owes a duty to the families of elderly citizens to investigate and determine whether their loved one’s life was unjustly shortened or taken away from them,” Hughes said, “and we’ll continue to stand up for the rights of the elderly and their families.”