Research shows that LED lights exhibit characteristics that are better for overall health and safety than those of fluorescent, incandescent and halogen fixtures. 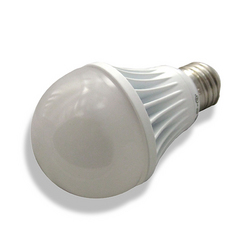 It turns out that LED lighting is not only easier on your wallet and better for the planet; it’s also healthier. When considering general lighting features that may affect health, like flicker, hum, burnout, heat and toxic materials, LEDs come out ahead of the competition every time.

LED Lights exhibit very little to no flickering because they are typically powered by constant DC voltage (or use an adapter to go from AC to DC power). In contrast, lighting fixtures that run on AC (alternating current) systems display flickering at 120 Hz (cycles per second), or double the typical US power line frequency (60 Hz). Incandescent and fluorescent lights (AC devices) both exhibit such flickering, which is difficult for the human eye to perceive, but causes problems nonetheless. Common ailments associated with flickering, according to the Occupational Safety and Health Administration (OSHA), include “headaches, eye strain and general eye discomfort.” In fact, a study published by Lighting Research and Technology in 1989 found that exposing workers to lights without flickering “resulted in more than a 50 percent drop in complaints of eye strain and headaches.”

Furthermore, the stroboscopic effect flickering creates can pose a threat to those working around moving parts or large machinery. According to OSHA, “When objects move or rotate rapidly, [flickering light] makes them look as if they are moving more slowly than their actual speeds - they may even appear stationary if the object is moving at the same rate as the flicker frequency…This could [pose] a safety hazard if someone mistakenly thought that equipment was stationary or was moving slowly.”

LEDs silently and safely offer full-spectrum light. Fluorescent lights are notorious for emitting an annoying and distracting droning sound. And in fact, researcher John Ott discovered that fluorescent lights and the noise pollution associated with them cause “irritability, hyperactivity, fatigue and attention deficits” (Ott, John N. (1973). Health and Light: The Effects of Natural and Artificial Light on Man and Other Living Things). LEDs produce no such hum.

LED light fixtures stay relatively cool (around room temperature) even when turned on for long periods of time. Fluorescent lamps can reach temperatures of 180F degrees, and halogen and incandescent lights can reach 200F degrees. Besides safety issues that arise from touching hot bulbs, these temperatures can also create hot spots and unsanitary conditions in places like delis and grocery stores where raw meat is stored.

LEDs do not emit UV radiation, and are, thus, safe for desktop, close-proximity applications. Fluorescent bulbs emit UV radiation, which can cause premature aging and skin cancer, as well as eyestrain and headaches. A study published in the August, 2008 issue of Oxford University Press found, “the UV emissions from a significant percentage of the tested CFLs…may result in foreseeable overexposure of the skin when these lamps are used in desk or task lighting applications.”

LEDs do not contain mercury, and so can be disposed of safely and easily. Mercury is an extremely dangerous and toxic substance that exists in most kinds of bulbs—incandescent and fluorescent—except for LEDs. The presence of mercury makes disposing of other bulbs dangerous and time consuming.

Clearly, LED lights are the safer and smarter choice for stylish, efficient and affordable lighting. “We’ve been living with other types of lighting for so long, we don’t even realize the risks we’re exposing ourselves to,” says Elemental LED CEO, Max Darling.

To find out more about the benefits of LEDs, and to make the switch to safe and stylish LED lighting in your own home, visit elementalled.com.

Elemental LED is founded on the belief that everyone has the right to stylish, energy efficient LED lights. LED lighting technology is the safest, hippest, and most energy efficient way to light up our world. Let us light the way!