Will take an "even more direct role in aiding the more than 10 million Americans affected with blinding retinal diseases." 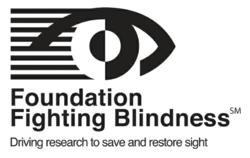 The Foundation Fighting Blindness, a national nonprofit dedicated to advancing sight-saving research, has appointed Louis Kreisberg as a national trustee of the organization. Mr. Kreisberg of New York City and Palm Beach, Florida, is the founder and CEO of Madison Strategic Partners, a boutique advisory firm in New York City specializing exclusively in the life insurance marketplace.

“Mr. Kreisberg’s support and significant pledges have been extremely helpful in our pursuit of promising studies and cutting-edge treatments,” said William T. Schmidt, CEO, Foundation Fighting Blindness. “As a trustee, we are grateful that Mr. Kreisberg will now take an even more direct role in aiding the more than 10 million Americans affected with blinding retinal diseases.”

Mr. Kreisberg became involved with the Foundation Fighting Blindness after his son Jeremy, a student at Harvard Law School, was diagnosed with retinitis pigmentosa, a genetic condition characterized by night blindness and a progressive loss of peripheral vision. Earlier this year, Louis and his wife, Amie, generously made a significant pledge in support of sight-saving research.

“The Foundation Fighting Blindness has been at the forefront of combatting retinal degenerative diseases, and I’m honored to take a more active role in support of the Foundation as a trustee,” said Mr. Kreisberg.

A leading figure in the insurance industry since 1984, Mr. Kreisberg has led production at numerous life insurance companies, including Guardian, John Hancock, American General, US Life and New York Life, where he was Chairman of the advisory board. As an acknowledged expert in estate planning, he has counted among his clients many Forbes 400 families. Mr. Kreisberg has been a Top of the Table member of the Million Dollar Round Table, a member of the International Forum and a member of the American Society of Pension Actuaries. He is also the Former Chairman of the Insurance Committee for Trusts and Estates magazine.

About the Foundation Fighting Blindness
The Foundation Fighting Blindness is a national nonprofit driving blindness research that will lead to preventions, treatments and cures for retinitis pigmentosa, macular degeneration, Usher syndrome and the entire spectrum of retinal degenerative diseases that affect more than 10 million Americans. In its 40-year history, the Foundation has raised more than $450 million as the leading non-governmental funder of retinal research. Breakthrough Foundation-funded studies using gene therapy have restored significant vision in children and young adults who were previously blind, paving the way for using this method to treat a wide variety of retinal degenerative diseases, and proving a cure is in sight. With a network of 50 chapters, the Foundation also provides support, education and resources to affected individuals and their families.