Jason Berggren, writer, former punk-rocker, and ordained pastor has offered a challenging analysis on the nature of Heaven, Hell, and the fate of every person who ever lived in response to conclusions offered in the controversial new book Love Wins by Rob Bell, Christian evangelical pastor at Mars Hill Church. 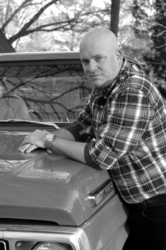 Love Wins is ambiguous, dangerous, and angry...why should I even follow Jesus if everyone gets a pass in the end?

What happens after death? Throughout life most individuals entertain the notion of Heaven, Hell, and who goes where. Philosophers and priests, atheists and agnostics endlessly offer theories and argue the merits of each. Since answers unavoidably stir up a range of emotions and disagreements, this subject must be approached with caution, sincerity, and civility. This is what writer and former pastor, Jason Berggren, passionately strives for in a recent article "Love Wins, Christianity Loses, and God Lies." With respectful conviction, Berggren responds to the bold conclusions made in the book “Love Wins,” which asserts there is no Hell, God will eventually allow everyone into Heaven, and that any views to the contrary are “venomous and destructive.”

Berggren minces no words, “Love Wins is ambiguous, dangerous, and angry.” He expresses deep respect for pastor Rob Bell, even revealing he has listened to hundreds of Bell’s teachings. But Berggren backs up his hesitations with the logical conclusion, “…why should I even follow Jesus if everyone gets a pass in the end? Because he was really nice or said neat stuff? So what. So did a lot of historical figures. Why not live a life of debauchery and hedonism then? Basically, it doesn’t really matter, right?”

Berggren relies on his own theological degree and background as a pastor to challenge Bell’s manipulation of Scriptures to reach his more controversial assertions. He contends that, “the Bible is filled with apparent contradictions, if you are willing to bastardize and ignore context. It is a manipulative and condescending tactic to use, since it attempts to trick the reader into agreement.” Berggren goes on to assess the approach in Bell’s book:

“…my overall problem is that I read Love Wins in the context of Rob Bell being a pastor, not a writer. One of the primary roles of a pastor is to bring clarity, predictability, and truth whenever possible. But I suppose this isn’t really feasible if you believe all truth contains a vein of the truth and is therefore equally true… Bell admittedly likes to interpret Scripture as pliable and versatile (his words) if at all possible. This takes particular shape if a Scripture is especially uncomfortable. In doing so, he unavoidably opts for the guilt-free feel-good trappings of moral relativism and philosophical pluralism.”

Berggren is certainly no stranger to pushing the limits of spiritual contemplation. Since the release of his number one book, 10 Things I Hate About Christianity: Working Through the Frustrations of Faith, he has done nearly 100 radio and television interviews fielding heated questions and navigating tense moments.

Jason Berggren is available for interviews to discuss controversial Christian issues. To learn more about his views or watch his ABC News interviews visit jasonberggren.com. Berggren is a writer, avid blogger, and film critic for iRATEfilms.com.