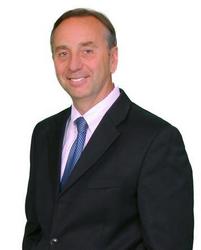 These massive trucks need to be on the interstate, not rolling through our downtowns or along small, country roads.

Auburn accident attorney Stephen B. Wade said this week that he endorses proposed legislation that would make Maine’s secondary roads safer by keeping heavy truck traffic on the interstate.

U.S. Senators Susan Collins (R-Maine) and Patrick Leahy (D-Vermont) introduced a measure this week that would make permanent a pilot program that had allowed trucks weighing up to 100,000 pounds to use Maine’s federal interstate highways.

When funding for the one-year-old program expired last December, it shifted traffic from large tractor trailers back onto Maine’s city streets and rural roads, which has increased the risk of catastrophic truck accidents involving pedestrians, bicyclists, motorcyclists and motorists in smaller passenger cars, Wade said.

“These massive trucks need to be on the interstate, not rolling through our downtowns or along small, country roads,” Wade said. “When you look at the number of tractor-trailer accidents on our state’s secondary roads over the years, you see why this pilot program makes sense and why it should be restored as quickly as possible.”

Wade and the Auburn -based personal injury law firm of Skelton, Taintor & Abbott have represented numerous truck accident victims and their families in personal injury and wrongful death lawsuits throughout the state of Maine.

That experience, Wade said, has shown to him the devastating impact of large-truck collisions.

“Large commercial motor vehicles can outweigh passenger cars by 75,000 pounds or more, so the injuries they cause in accidents are more severe than any other kind on Maine’s roadways,” he said. “The situation grows even more dangerous if these trucks are carrying hazardous or flammable materials.”

Federal law prohibits trucks weighing in excess of 80,000 pounds to regularly use interstate highways. However, the Maine Turnpike allows travel by trucks weighing up to 100,000 pounds. The recently expired pilot program had extended that exempt to all of Maine’s interstate system, including I-95, 195, 295 and 395.

An often cited 2004 study by the national transportation consulting firm of Wilbur Smith Associates found that keeping heavy trucks away from roads that run through communities such as Auburn, Lewiston, Saco, Freeport and Bangor could result in at least three fewer truck accident fatalities each year.

“Do we want heavy trucks on our four- or six-lane interstate roads, or do we want them traveling near our intersections, driveways, schools and crosswalks?” Wade said. “The common sense answer, of course, is that we want them on our interstate.

“In the interest of public safety, it’s time we made this program permanent.”