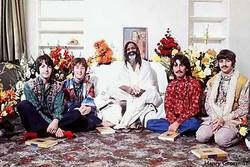 with all the zeal of a multinational corporation -- which is, effectively, what it eventually became.

Maharishi Mahesh Yogi, a one-time spiritual advisor to the Beatles, has died in his Dutch home, his Transcendental Meditation movement announced Wednesday.

Originally from India, Maharishi started his worldwide movement in 1958. In the 1960s he attracted many followers including the Beatles who went to meditate with him in India in 1968.

In 1958 he presented his worldwide Transcendental Meditation movement and attracted a huge following. It went on to become a powerful money-making machine, selling books, CDs and courses.

The Mahirishi's marriage of spirituality with a keen business sense was highlighted by several obituaries Wednesday, including one on the BBC website which referred to him as a "Rasputinesque" figure.

Britain's Daily Telegraph said the TM movement had been marketed "with all the zeal of a multinational corporation -- which is, effectively, what it eventually became."

Meditation is still alive and people don't have to pay thousands anymore to learn this simple beneficial stress reducing technique.

Since its launch 6 weeks ago, over two thousand people from around the world have already taken advantage of the free online mantra meditation training and social community offered by the popular new website Project-Meditation.org.

"The community spirit is fantastic and with 60-100 new members joining daily taking advantage of the free meditation training, perhaps this new 21st century meditation channel will take Maharishi's dream to completion without breaking peoples bank balances." Commented one of the members of the Project Meditation community.