Laparoscopic gallbladder removal Is 100%--why not hysterectomy? In 21 years, little has changed; @65% of hysterectomies still have large incisions. "Unlike gallbladder removal, for which general surgeons converted 100% to laparoscopic surgery in two short years between 1987 to 1989, the spread and availability of LSH hasn’t progressed as much as we’d like, for several reasons,” said Dr. Tom Lyons, who first performed Laparoscopic Supracervical Hysterectomy in 1989. 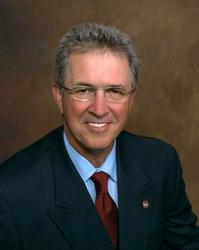 The regrettable fact is that, even though LSH has proven effective for thousands of women worldwide, many members of our own profession still do not offer it as a viable option.

Laparoscopic Supracervical Hysterectomy (LSH) has come of age, 21 years after Thomas L. Lyons, MD, of the Center for Women’s Care & Reproductive Surgery in Atlanta introduced this minimally invasive procedure. Performed as an outpatient surgery, it leaves the cervix in place a keystone support for the anatomy, helping to prevent pelvic prolapse later.

An additional benefit: Studies have shown that women experience improved sexual function and can resume intercourse two weeks after the surgery. Recuperative time is one week or less, and there is no hospital stay, reducing the possibility of infection.

In comparison, women getting traditional hysterectomy with long abdominal “bikini incisions” may stay several days in the hospital and be out of work six to eight weeks.

Unfortunately, a shocking 60-65% of the 600,000 hysterectomies annually in the U.S. are still performed abdominally, with long incisions. In 2005, the American College of Obstetrics & Gynecology expressed that the number of abdominal hysterectomies should be lowered to less than 30 percent.

Laparoscopic Gallbladder Removal Is 100%--Why Not Hysterectomy?

“Unlike gallbladder removal, for which general surgeons converted 100% to laparoscopic surgery in two short years between 1987 to 1989, the spread and availability of LSH hasn’t progressed as much as we’d like for several reasons,” said Dr. Lyons.

1. Gynecologic laparoscopy training and study needs to begin at the residency level, just out of medical school when M.D.s begin their specialty training.
2. Most of the 40,000 practicing OB-GYNs today perform less than 8-10 major surgical procedures per year, making it difficult to acquire a new skill with such a small number needing surgical procedures.
3. Most people, including even practicing OB-GYNs, are not aware that another option exists for hysterectomy, other than the longer abdominal incision.

“Even more than that, the OB-GYN is often a woman’s primary caregiver, and a special relationship exists between a woman and her doctor. If that doctor says that LSH is not the right procedure for her, because they think the uterus is too big or for any other reason, the woman may take that advice unquestioned,” said Dr. Lyons.

“The regrettable fact is that, even though LSH has proven effective for thousands of women worldwide, many members of our own profession still do not offer it as a viable option,” he continued. Often surgeons hesitate to recommend procedures that they are unable to perform, even though they are easier on the patient.

Fortunately, women are excellent consumers, and they shop for the best service at the best price. Professional women who can’t afford to take 6-8 weeks recuperative time, or homemakers with children who need to take care of their families have come to Dr. Lyons from around the world to have their Laparoscopic Supracervical Hysterectomy or other advanced laparoscopic procedures with quick recovery times.

“Smart health consumers are much more proactive in researching their options on the Internet, and many are not willing to settle for the way it’s always been done,” he said.

A patient from the Isle of Man came with a 37-week sized uterus (full term pregnancy size is 40 weeks). She’d found Dr. Lyons on the Internet and visited her own very skilled gynecologic surgeon, who performs most of his procedures vaginally rather than through small incisions in the abdomen. Her doctor deferred to Dr. Lyons for such a large uterus.

“We performed the LSH late on a Friday afternoon and she stayed overnight at the hospital. On Saturday at 9am they told us she’d already left—that she and her husband had walked to their hotel 1/2 mile away. On Monday she had her post-operative check-up with me, and on Tuesday they climbed Stone Mountain together!” Dr. Lyons laughed. “This kind of quick recuperative process is quite customary with our patients,” he said.

Endoscopic pioneer Dr. Lyons is a featured presenter on LSH and Endometriosis, and panelist at the American Association of Gynecologic Laparoscopists’ 39th Global Congress of Minimally Invasive Gynecology, November 9-12, 2010, in Las Vegas. One of AAGL’s early members, he is a world -renowned expert who has performed telesurgery and lectured for them since 1995. He has also trained thousands of Obstetricians and Gynecologists worldwide on the advanced surgical procedures he developed, including LSH and the Laparoscopic Burch procedure for stress urinary incontinence.