Black Mold Eats Away the Properties in an NYC Storage Facility, My Cleaning Products Suggests Use of Molderizer to Save Damaged Items

One storage facility in New York was discovered infested by black mold and was closed. To help its tenants restore their mold-damaged valuables, My Cleaning Products suggested to them use of a mold spray free from harmful chemical ingredients. 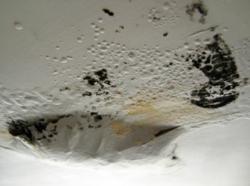 hiring a mold remediation contractor may be the easiest mold removal method, it said that it is also the most expensive. So instead of it, the website suggested the use of Molderizer.

One storage facility in New York was forced to shut down. Based on a report from wbng.com, the reason behind was a black mold infestation. And wanting to help the tenants of it restore their damaged properties, My Cleaning Products suggested to them the use of Molderizer, an organic-based mold remover.

According to the report, it was the Heritage Self Storage Facility in Union, New York that was closed due to mold issues. It said that its operation was terminated by the Town of Union last January 15th.

The government regulators found the ceiling of the facility collapsing because of black mold, related the report. They also discovered leaks, exposed wiring and improperly inspected detectors and extinguishers in the building.

One tenant named Anthony Garcia described in the report that mold damaged 40 percent of the items in his and his family's storage unit. Some of those items, he said, were priceless.

However, the owner of the said storage facility defended that he was just a victim of fraudulent reports.

Below is an excerpt from the post "Mold Closes Down New York Storage Facility" by My Cleaning Products:

“Tenants of one storage facility in New York thought their belongings were safe in their rented units. However, what it delivered was exactly the opposite of what it offered.

According to a report from wbng.com, the Heritage Self Storage Facility in Union, New York was ravaged by black mold. It was found to have serious water leak problems, which were the cause of the mold infestation. Apart from that, it was also said to have major safety concerns, such as exposed wiring. It was added that even its detectors and fire extinguishers were not properly inspected.”

As said by My Cleaning Products, leaks trigger mold infestation. Hence, one must always be on the look out for them at home. Apart from eating items, it stated that they also risk a person's health. So, it said that mold growth must be promptly and properly addressed.

The website said that though hiring a mold remediation contractor may be the easiest mold removal method, it said that it is also the most expensive. So instead of it, the website suggested the use of the mold spray Molderizer.

As My Cleaning Products stated, Molderizer is effective and affordable. More than that, it related that it is also safe given that it is organic-based. To prove that themselves, it encouraged the public to try a complimentary sample of it.

The complimentary sample is available at Molderizer.com, said the website.