The Movie 'After' Celebrates Release at Blockbuster Video 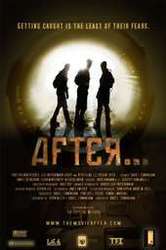 Lile Entertainment Group producer of the movie "After," announce the North American release of the movie After (distributed by First Look), now on the shelves at Blockbuster Video, Movie Gallery. Hollywood Video, and multiple regional video rental chains across the U.S and Canada.

Say’s Ensequence Co-Founder and PBS producer Stephen Lile, “It’s exciting to visit the local Blockbuster Video and see 12 copies on the shelf on the first day, only to return a day later to see all copies rented out. I know that’s quite a micro market survey, but we’re very hopeful this is a national trend. We’re certainly getting thousands of hits on our Myspace and we’ve had over 100,000 views of our trailer on YouTube this past week. Hat’s off to First Look, for a job well done, along with our retailing partners who have really stepped up for the movie After”. After has also been released in several countries across the globe.

About the movie "After":
After is a psychological thriller about Urban Exploration, featuring the music of The Crystal Method. Urban Explorers are a global community of adventurers who infiltrate and explore in and beneath urban settings. They have made trespassing a global sport.

This global community is connected via the Internet, with over 27 million links. The goal of the UE is to document the adventure in still photos or video via UE websites. UE’rs are independent documentary filmmakers with a worldwide, underground audience.

The Writer and Director (David L. Cunningham – adventurer/filmmaker) of After, connected via the Internet with real urban explorers, who agreed to take them on a UE under the Moscow subway system in search of Stalin’s mythical Metro 2. A documentary of this UE can now be viewed on the movie After website, http://www.themovieafter.com.

After is the first full length feature film of it's kind to be shot with the latest portable HDV M-PEG 2 cameras and transferred to 35mm. The Director chose the high-end digital cams over 35MM to facilitate crawling into tight spaces far beyond the reach and practicality of any 35MM alternative. The results were ground breaking and astounding.

Small portable high-grade "lipstick" cameras were attached to each of the three Urban Explorers to film their own perspectives. This shoulder mounted POV angle has never been used. Actors had a completely self-contained studio in their backpacks. (Video Deck, Audio, Batteries) The actors had unprecedented navigational freedom in the Moscow tunnels, while also capturing their movements on film in novel fashion. Their every movement was captured in over two hundred hours of footage, to include their falls from a 30-story building.

The film makers infiltrated Moscow's secret underground metro and bunker systems below Red Square, stealing unprecedented shots with the assistance of real Russian UE’s during heightened national security. The militia chased the crew and caught one of the Russian UE’s who had to bribe his way out of the holding cell.

Cast and Crew jumped off real buildings with cameras attached to their arms and legs with the help of world-renowned base jumpers.

A majority of the film was lit with portable Mountain Bike lights and $25 lights from Costco.

After was filmed in three weeks with a million dollar budget and was Executive Produced and funded by Stephen Lile, a global leader and pioneer in Interactive Media.

Instead of the traditional scoring, the soundtrack was "spun" by The Crystal Method, featuring over 60 minutes of music.

About Lile Entertainment Group
Lile Entertainment Group (LEG) is a Portland, Oregon based co-production company specializing in TV and feature film, headed by Stephen Lile, Co-Founder of Ensequence (http://www.ensequence.com) and Shiftwise (http://www.shiftwise.net/companyInformationStephenLile.asp). LEG has produced for network TV, and currently has two nationally broadcast “how to” series on PBS, The Creative Life on PBS (http://www.thecreativelife.tv) and Farm Matters on PBS (debuting in January 2008). LEG also produced the foreign independent film After (http://www.themovieafter.com) that had it’s worldwide premiere at AFI Festival in November and is being released in the U.S. On DVD by First Look. For the Variety review of the movie After, go to
http://www.variety.com/review/VE1117932167.html?categoryid=31&cs=1&p=0