NYC personal injury lawyer David Resnick of David Resnick & Associates says New York pedestrians should be aware of their legal options if they are injured in a slip-and-fall. 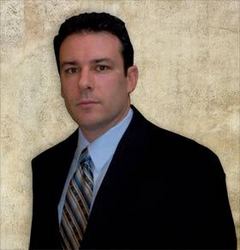 A slip-and-fall victim may be able to receive compensation for the high medical costs, lost income and pain and suffering that resulted from the fall. However, if the person fails to take immediate action, they may lose those legal rights.

With snow, ice and slush covering sidewalks and parking lots throughout the city’s five boroughs, pedestrians face a heightened risk of injuring themselves in a slip-and-fall accident, Resnick said.

“All too often, these aren’t minor accidents. They result in serious injuries such as severely strained backs, broken bones and head and brain injuries,” said Resnick, an attorney with extensive experience handling New York accident and injury claims.

“That’s why it’s important for New York City residents to know what their legal options are if they’re hurt in a slip and fall that could have been prevented if the city or a private property owner had taken reasonable steps,” Resnick said.

“A slip-and-fall victim may be able to receive compensation for the high medical costs, lost income and pain and suffering that resulted from the fall. However, if the person fails to take immediate action, they may lose those legal rights.”

As the founding attorney of the New York City accident and injury law firm of David Resnick & Associates, Resnick has successfully secured verdicts and settlements for slip-and-fall victims throughout Manhattan, Brooklyn, Queens, Staten Island and the Bronx.

In his view, many New York City residents lose their right to legal relief after a slip and fall on icy, snowy or wet pavement because they don’t know who is responsible for their injuries, the private property owner or the City of New York.

Under the Code, with some exceptions, the owner of private property abutting a sidewalk can be held liable for any personal injury that is caused by the failure to maintain the sidewalk in a “reasonable safe condition,” such as negligently failing to clear snow or ice from the walkway.

This liability provision applies to most businesses, stores, churches and apartment buildings, but it does not apply to owner-occupied residential buildings that house three families or less or to city-owned property, such as subways stations, bus stops or parks, Resnick said.

In those cases, the city may be held responsible. However, if an injured slip-and-fall victim intends to bring a claim against the city, they must file a “notice of claim” within 90 days of the accident, or else they could lose their right to file the lawsuit.

“Unfortunately, a person who has been injured in a slip and fall may be so overwhelmed with their recovery that they may forget or be simply unable fail to file the notice of claim,” Resnick said. “But an experienced New York City slip-and-fall attorney would make sure all deadlines were met in addition to conducting a thorough investigation of the accident.”

Resnick spoke during a week that saw New York City’s January snowfall surpass 36 inches, breaking a record set in 1925, according to the New York Daily News. Since being buried in 20 inches of snow in a December 26-27 blizzard, the city has experienced nine days with at least one inch of snow, the newspaper said.