Jean-Pierre Blackburn, Canada's Minister of National Revenue has presented an official letter of defense dated December 10, 2010 to Carolyn Dare Wilfred's letter of complaint to Prime Minister Stephen Harper. The Minister is now rebutted by the Dare Foods heiress as having fallen short by his denial by omission of the Canadian Government's retroactively changing the law, the Canada Revenue Authority's faulty justification of the freezing of her assets, and the direct factual connection of these actions to her husband's UN Human Rights Case against Canada. 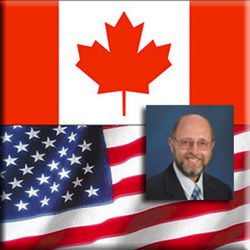 When any government believes they have the right to retroactively change the law in order to make a legal act illegal after the fact; and then they seize all of your money so you cannot afford to defend yourself, no one is safe,

On February 13, 2009, the Canadian Revenue Authority (CRA) served a Notice of Enforcement No 708575 upon Carolyn Dare Wilfred's family Holding Company freezing the entirety of her Canadian assets and demanding 15 million dollars in reassessed taxes. This tax action came at a critical time during her financial support of her husband, Harmon Wilfred's unprecedented UN Human Rights case against Canada. The Wilfred's had just filed a Judicial Review at the UN Human Rights Commission on January 7, 2009 based on the premise that although the United States, originally named as a co-defendant with Canada, refuses to accept the competence of the UN Human Rights Committee; this does not disqualify Canada as the continuing and sole defendant.

The CRA have justified the Enforcement Order by an alleged incorrect and retroactive reassessment of her then lawfully permitted 2001 tax strategy completed by prominent legal and accounting consultants Fraser Milner and BDO Dunwoody. In her open letter (OH Canada!) to the Prime Minister, she insists that should this case become precedent, there is a potential danger for all Canadians. "When any government believes they have the right to retroactively change the law in order to make a legal act illegal after the fact; and then they seize all of your money so you cannot afford to defend yourself, no one is safe, "says Mrs. Dare Wilfred.

In her latest response to the Revenue Minister's rebuttal on behalf of the CRA, Carolyn declared, "If you were to delve deeper you would inevitably be led to the same conclusion as me… there is a factual connection between the harsh and unusual measures taken by CRA against me - and my husband's…UN Human Rights Petition No 1638/2007". The Enforcement Order was granted based on a CRA ex parte affidavit that relied on Wilfred's evidentiary documents referenced in his UN case against Canada. It is Carolyn's hope the Minister will re-address her case on a level playing field with all the facts provided.

Residing in Christchurch, New Zealand since August, 2001, the Wilfred's are founders, directors and trustees of their Global Telecom company, ITtelenet Limited and charitable trust, La Famia Foundation NZ. Harmon Wilfred has been a stateless person since the US State Department officially accepted the renouncement of his US citizenship in 2005. On December 23, 2009 the New Zealand government accepted Mr Wilfred's application for citizenship.

Rebuttal to Minister of RevenueCarolyn's Rebuttal to Hon JP Blackburn