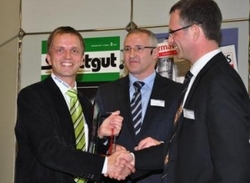 For wet granulation processes in the pharmaceutical industry, scientists and engineers previously relied on empirical data and quality control because reliable design and scale-up criteria were missing. With the launch of the FBRM® C35, formulation scientists and engineers are now able to quickly correlate particle system dynamics to processing conditions by running fewer experiments than traditional methods. The in situ design of the FBRM® C35 allows for faster understanding and optimization of processes with no sampling required. The patent-pending scraper keeps the FBRM® probe window clean allowing the system to track agglomeration, compaction and breakage directly in the process vessel - even in the most cohesive particle conditions.

Wet granulation is one of the most common process steps for producing tablets in the pharmaceutical industry. One of the main focuses in scaling-up is to ensure consistent granule shape and size distribution. This is important for consistent flow properties of the granules and to avoid non-homogeneous distribution of Active Pharmaceutical Ingredients (APIs) and other quality issues.

Prior to the POWTECH/TechnoPharm exhibition, over 50 exhibitors, including METTLER TOLEDO, submitted their latest innovations to the judges from PROCESS, PharmaTEC and Bulk Solids journals. In 2010, the award criteria considered included innovation, quality, efficiency and economics for the user. The submissions had to be no older than one year and available for purchase in the market. The judges formally recognized the METTLER TOLEDO FBRM® C35 as winner on the first evening of the event during an official awards presentation.

"The large number of applications showed that even in difficult economic times many companies are investing in development and innovation to secure a good market position“, said PROCESS Chief Editor and Publisher Gerd Kielburger during the awards presentation.

After purchasing Lasentec® in 2001, METTLER TOLEDO has become the world leader for inline particle/droplet size, shape, and count characterization.