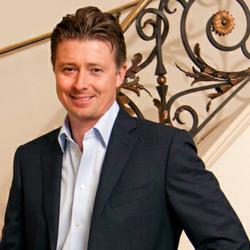 Passages Ventura drug and alcohol substance abuse treatment center – the sister rehab facility to the world-famous Passages Malibu - celebrates three years of treating thousands of clients for drug and/or alcohol addiction on May 17, 2012.

After eight years of successfully treating people dependent on drugs and alcohol at the luxurious setting of the Passages Malibu Rehab Center, co-founders Chris and Pax Prentiss decided to open their second location, Passages Ventura in the small beach city of Port Hueneme, California, on May 17, 2009 as way for people who could not afford Passages Malibu to still be treated with their unique, holistic, non-12 Step approach addiction treatment.

“Passages Ventura represents an incredible opportunity for people who can't afford the Malibu program, but still want the Passages experience,” says Pax Prentiss, CEO and co-founder of Passages Ventura and Passages Malibu. “At Ventura, they get lots of one-on-one therapy, beautiful accommodations, and most importantly the same philosophy, which is used to treat the Malibu clients.” Both substance abuse treatment centers accept insurance.

Prentiss is pleased with the Ventura location’s growth over the past three years. “Passages Ventura is really starting to pick up momentum,” says Prentiss, a former heroin, cocaine, and alcohol abuser who will be 12 years sober this September. “When we first opened in 2009, our census would average 20 clients a month. Today, I'm proud to announce that the facility has an average census of 45 clients per month and has even reached 60 at its peak.”

Prentiss’ long-term plans are to open other Passages rehab treatment centers nationwide to continue to offer drug and alcohol abusers an alternative to the 12 Step approach to addiction recovery. “12 Step has obviously worked for some people. But for many, it’s ineffective,” he adds. “Our goal is to not just stop people from drinking and using drugs. Our goal is to dig in deep and find out why they are dependent on these substances in the first place.”

Passages has found that the best way to achieve that goal is through offering more one-on-one therapy, less group therapy, and by taking a cutting-edge holistic approach. “We offer everything from psychotherapy to hypnotherapy to spiritual counseling and beyond to help people unearth, heal, and overcome their underlying issues that caused them to resort to substance abuse in the first place,” explains Prentiss. “They don’t get that in 12 Step programs. Instead, they get a lot of group therapy and the belief that they have an incurable disease. We, on the other hand, believe in a cure and after 11 years of successfully treating people this way, we’ve proven that our way truly works.”

Founded by Chris Prentiss and Pax Prentiss, Passages Malibu opened in 2001 with its second location, Passages Ventura, opening in 2009. The two drug and alcohol abuse treatment centers offer an alternative to the 12 Step/AA model of addiction treatment by taking a holistic approach with a program that focuses on the underlying issues of substance dependency, rather than suggesting that addiction is an incurable disease. Passages Malibu and Passages Ventura have earned the coveted JCAHO (Joint Commission on the Accreditation of Healthcare Organizations) accreditation, which has only been given to 6% of the nation’s behavioral health treatment programs. The co-founders are also authors of the acclaimed series of treatment books that include their groundbreaking flagship book, “The Alcoholism & Addiction Cure.” At Passages, we believe: Addiction Ends Here™. For general inquiries about treatment, contact: 866-233-1753.