September 1, 2012 is the deadline for men paying child support for children that are not theirs to take advantage of a new Texas statute, reports paternity case expert Dennis A. Fuller Attorney At Law. 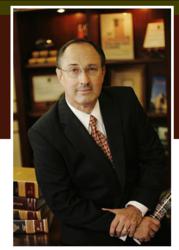 “We hear a lot about “deadbeat dads.” A whole industry has grown up around forcing dads to pay child support. But if a woman lies and says you are the dad when you’re not, the same institutional machinery that grinds up and spits out deadbeat dads can steamroll right over the wrong guy and his entire real family,” says Dennis A. Fuller, who specializes in paternity case law.

2011 was a year of monumental changes in Texas Family Law. One of the most significant changes in a hundred years is the new statute allowing men to request paternity testing (DNA testing) even long after their divorce or paternity suit has been finalized. If the DNA test results show the child is not theirs, they can now force the courts to terminate their child support - even if they continue to see and have a relationship with the child.

“For decades now, Texas courts and judges have forced men who were not the biological father to pay child support; even to the point of denying their real children food and shelter. The misery this has caused some families has been unbearable. Good husbands and fathers have been thrown in jail for not paying child support for children that everyone involved acknowledged were not their children,” continues Fuller.

This year, the Texas legislature finally acknowledged that this was just wrong, and passed a statute to right this injustice, but there is a very narrow window to take advantage of this change. Section 161.005 of the Texas Family Code was amended effective May 12, 2011 to allow men previously adjudicated to be “fathers” to petition the court for DNA testing. Under the amended wording of the statute, if DNA testing shows they are not the biological father of the child, the court must terminate the parent child relationship - and along with it - the child support order.

However, there is a catch.

Repeatedly courts have held that it was not in the best interest of the child to do so, and therefore decline to do so, even when a diligent lawyer has presented a paternity case that gives them the opportunity to do it.