Trupanion releases the most expensive cat breeds, based on claims submitted by policyholders. 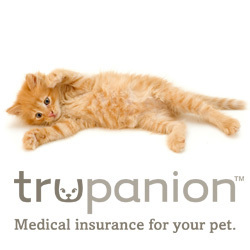 Bengal cats are one of the most expensive cat breeds, according to Trupanion.

While any cat breed can be plagued by accidents and illnesses that require expensive veterinary care, these are the five that required the highest cost of care, according to Trupanion databases.

2. Bengal – This breed is recognizable by its leopard-like appearance. Claims for Bengal cats equal $73,408.67, with 96% associated with illnesses and 4% associated with accidents. The average claim amount is $364.95.

3. Himalayan – Himalayan cats are a cross-breed of a Siamese cat and a Persian cat. Trupanion policyholders have spent $69,449.29 to date on this breed, 98% for illnesses and 2% for accidents. The average claim amount is $215.99.

5. Ragdoll – Ragdoll cats are laidback and intelligent and are easily trainable. According to Trupanion databases, policyholders have spent $40,442.41 on the Ragdoll breed, with 93% associated with illnesses and 7% associated with accidents. The average claim amount is $277.70.

According to the American Pet Products Association, veterinary care is the second highest spending category behind food, with $12.04 billion spent in 2009. Veterinary costs continue to rise and cat owners are continuing to pay to keep their cats safe and healthy.