Selected National Media Museum Collections to be available at http://www.flickr.com/photos/nationalmediamuseum/ 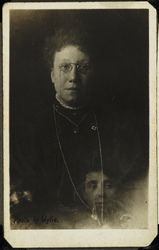 Museum photos seen for the first time on Flickr

Pictures from Life in Fields and Fen

The Museum takes its place alongside seven other international institutions including The Library of Congress and The Smithsonian in the USA, The Powerhouse Museum in Sydney and Bibliothèque de Toulouse in France in "The Commons on Flickr" a program designed to increase access to publicly-held photography holdings. The site allows the public to contribute information and personal comment to the collections by commenting on and tagging the images.

The National Media Museum's diverse collections encompass some of the best, most significant and historically important visual material to be found anywhere in the world, spanning a wide-range of cultural, scientific and aesthetic disciplines. Members of the Museum's Collections team worked with Flickr to make three initial groups of images available online. Museum curators, Colin Harding, Philippa Wright and Greg Hobson made the selections and provided contextual commentary.

These groups of interrelated works comprise Peter Henry Emerson's "Pictures from Life in Fields and Fen" (1887), a selection of Kodak No.1 circular photos (c.1890), and a set of `spirit' photograph taken by the medium, William Hope (c.1920). These first groups may be found at the National Media Museum's photostream. Further selections from the National Collections will be made available on the site throughout the year.

Greg Hobson, Curator of Photographs at the National Media Museum said: "Working with Flickr gives us a unique opportunity to show selections of photographs from our Collection that we hope demonstrates its surprising wealth and diversity of content."

Museum photos seen for the first time on FlickrSpirit photo from the 1920s, part of the National Media Museum collection in The Commons on Flickr