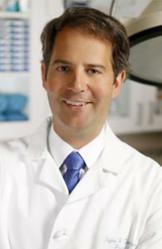 We did a full body lift for Ed, starting with removing the skin around the back and the buttock in order to reduce the buttock and reduce the weight behind him, carrying it around the sides and into the front of the abdomen.

Dr. Jeffrey Donaldson, a plastic surgeon Columbus, OH, residents count on for cosmetic enhancements, was recently featured in a local television news story about the weight loss journey of a local Columbus man.

The segment, part of WCMH Channel 4’s “For Your Health” series, outlines how Dr. Donaldson performed the tummy tuck Columbus, OH, native Ed Davenport needed after he lost 315 pounds. Davenport lost the majority of the weight through diet and exercise; however, he still didn’t like what he saw in the mirror. The hanging skin was loose and flabby after being stretched to fit his 560-pound frame. To reach his ultimate potential, Davenport needed to consult with a plastic surgeon. Columbus, OH, patients trusted and raved about Dr. Donaldson’s services according to Davenport’s research, and so he called upon the surgeon to help him with the final stage of weight loss transformation.

The results gave Davenport a “new life.” Roughly 20 pounds of excess skin and fat were removed.

“We did a full body lift for Ed, starting with removing the skin around the back and the buttock in order to reduce the buttock and reduce the weight behind him, carrying it around the sides and into the front of the abdomen,” Dr. Donaldson explained during the interview. “So it’s a full tummy tuck that extended around to the back as well.”

Davenport, who blogged about his weight loss efforts, said he hadn’t left the house for two years before he decided to turn his life around. His knees were going bad from the ~500 pound weight they sustained daily. He also suffered from Type 2 diabetes and liver damage. Doctors gave him one year to live. Determined to change his ways, Davenport hit the gym and tossed the junk food out of the house, filling two 32-gallon garbage cans. He hired a trainer and cut his calories.

A year and a half later, Davenport was a new man at half the size! He continued to shed excess weight, and with the full body lift from Dr. Donaldson, the ecstatic patient has a tight abdomen for the first time in decades.

“I do like what I see. Everything is tight and it hasn’t been that way for 15, 20 years,” Davenport said. “It’s a weird saying, but I say everything has a new car smell because stuff that I used to take for granted I don’t take for granted anymore.”

For those who are interested in either a tummy tuck or liposuction, Columbus, OH, surgeon Dr. Donaldson can enhance the contours of the body with these procedures. Whether someone needs extensive surgery like Davenport or a minor cosmetic intervention, Dr. Donaldson has earned a reputation as a highly sought-after plastic surgeon. Columbus, OH, residents count on him for safe, durable, beautiful results. For more information, Dr. Jeffrey Donaldson, invites you to visit his website at http://www.donaldsonplasticsurgery.com. Contact his office via phone at 614-442-7610 or in person at Donaldson Plastic Surgery, 4661 Sawmill Road, Columbus, OH 43220.

About Donaldson Plastic Surgery
Donaldson Plastic Surgery is a distinguished practice offering comprehensive surgical and nonsurgical procedures for men and women. Dr. Donaldson specializes in cosmetic procedures for the face, breast and body. He has published scholarly articles, presented at national and international meetings and is a local medical authority with television news experience on ABC, FOX, NBC, and CBS affiliates. Dr. Donaldson’s ultimate goal is to exceed patient expectations while making them look and feel better.