After Party Poker closed poker players in the USA had to pick and choose out of a few poker rooms still open. US online poker players have declared one poker site to be the best. 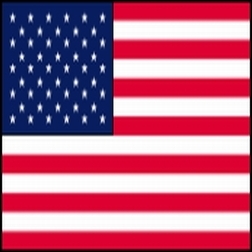 The poker room which US online poker players chose by a majority landslide was PokerStars.com. The numbers are in and Poker Stars comes in at 50,000 more players than Full Tilt during peak playing hours.

Poker Stars has been named by Compatiblepoker as the best poker site for US players and is ranked #1 on the U.S. accepted poker site list.

Compatiblepoker is reporting that Fulltiltpoker.com is trying to catch ground with PokerStars by releasing new features like Mixed Games and a RaceTrack player view.

Both poker sites are competing for the US market. Both have brand awareness to attract professional poker players. World Series of Poker Champs play at Poker Stars and guys like Phil Ivey and Mike Matusow play at Full Tilt Poker.

Full Tilt is now the leader in Macintosh software provider reports Compatiblepoker, a Mac poker guide. Due to the exodus of PokerRoom.com from the US market, FTP lured in 1000's of Mac users to their Mac client.

Party Poker is still standing strong despite losing over half of their player base. There are only a handful of poker rooms that can now compete as the "Biggest and Best Poker Site" for US players. The ones which are doing so are at the United States accepted poker list at http://www.compatiblepoker.com/usa.php

Best Poker Site for US PlayerOnline Poker in the United States