The world leader in high-end sport utility vehicles, Land Rover North America, today announced that they will be the Official Team Sponsor of the 2013 Sentebale Royal Salute Polo Cup, to be held at the Greenwich Polo Club in Greenwich, Connecticut, United States on Wednesday, May, 15 2013. In honor of this exciting event and to support and promote “The Sport of Kings”, Crooked Brook is offering a 15% discount on all custom polo jerseys from 4/18 to 4/25/2013 with the promo code “4252013”. 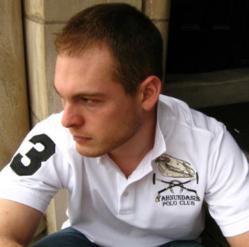 The world leader in high-end sport utility vehicles Land Rover North America, today announced that they will be the Official Team Sponsor of the 2013 Sentebale Royal Salute Polo Cup, to be held at the Greenwich Polo Club in Greenwich, Connecticut, United States on Wednesday, May, 15 2013.

"Land Rover has a history of supporting this event and is honored to continue its partnership with the 2013 Sentebale Royal Salute Polo Cup in an effort to raise resources for those in need," said Kim McCullough, Brand Vice President, Land Rover North America. "We look forward to an exciting match and are delighted to be associated with such a worthwhile cause."

Prince Harry and Prince Seeiso launched the annual polo event to raise funds and awareness for Sentebale and Prince Harry will be playing for the Sentebale Land Rover team, against Nacho Figueras, who will play for the St. Regis team.

“Polo matches are fun and a great activity for families and people of all ages,” said Donna Jones, senior design assistant at Crooked Brook where they specialize in custom polo shirts. “One of our most popular promotional apparel items is promotional polo shirts because they make great corporate gifts and are an excellent way to build brand recognition and promote a business.”