Lumidigm, Inc. is proud to announce that its Venus Series Fingerprint Sensor is one of 100 technologies and products recognized by Popular Science as the Best of What’s New™ for 2008. The Venus product is the first high-volume multispectral imaging biometric sensor available on the market. Designed for ease of integration, the Venus fingerprint sensor features exceptional real world biometric performance, liveness detection, and a user-friendly and intuitive interface. 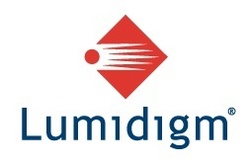 In the end it's the opinion of the people who use the sensors every day in the real world that matters, and we're honored to have improved their experience with biometrics.

"For 21 years, Popular Science's Best of What's New awards honor the innovations that make a positive impact on life today and change our views of the future," says Mark Jannot, Editor-in-Chief of Popular Science. "PopSci's editors evaluate thousands of products each year to develop this thoughtful list. There's no higher accolade Popular Science can give."

Lumidigm's Venus fingerprint sensors with multispectral imaging technology work on virtually anyone, anytime, in any environment. Individuals can use the sensor without special preparation or training about how best to place their finger. Further, many people who were previously unable to use touch biometrics are able to use the Venus sensor. "We've seen user satisfaction with biometrics increase with each Lumidigm Venus deployment," said Bob Harbour, Chairman and CEO of Lumidigm. "In the end it's the opinion of the people who use the sensors every day in the real world that matters, and we're honored to have improved their experience with biometrics."

Venus fingerprint sensors are used in a wide range of applications including workplace security, international border crossings, and asset management. Millions of people around the world have found it easy to use Lumidigm's multispectral biometric technology.

"On behalf of the International Biometric Industry Association, I want to congratulate Lumidigm on this recognition from Popular Science," said IBIA Chairman and President Walter Hamilton. "Inclusion of the Lumidigm Venus product on the Best of What's New list is a further indication that the science of biometrics is advancing into mainstream awareness and acceptance."

The Lumidigm Venus sensor is one of ten items that appear in the new "Security" category of the 2008 Best of What's New list, available online and in the December issue of Popular Science.

About Best of What's New

Each year, the editors of Popular Science review thousands of products in search of the top 100 tech innovations of the year; breakthrough products and technologies that represent a significant leap in their categories. The winners — the Best of What's New — are awarded inclusion in the much-anticipated December issue of Popular Science, the most widely read issue of the year since the debut of Best of What's New in 1987. Best of What's New awards are presented to 100 new products and technologies in 11 categories: Auto Tech, Aviation & Space, Computing, Engineering, Gadgets, Green Tech, Health, Home Entertainment, Home Tech, Recreation, and Security.